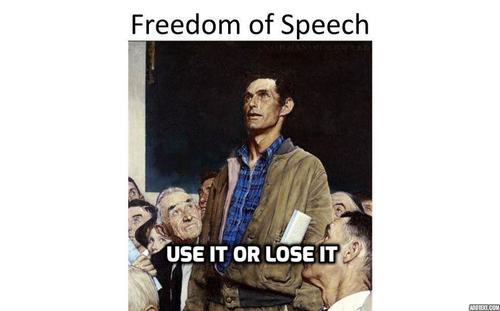 Will Middle America Please Stand Up?

George Washington lost at least three major battles before he was able to secure a victory.

I’m trying to grasp for a silver lining in the dark clouds over Trump, but yes, he looks to be maneuvering toward the status quo.

The thing is, he is surrounded by enemies. He has no true side from which he can direct his forces.

Did he underestimate the landscape? Probably. Did his base? Probably.

He got his mandate at the ballot box and has done some good things, some mediocre things, and some bad things along the way.

But what did all of those voters do after they pulled the lever?

How many scattered back into the shadows because “pussy grabber”?

How many were unwilling to risk a hit to their social status as granted by the Prog death cult, so they held their tongues and let the darkness creep?

How many are willing to step into the parent teacher conference, the church, the little league game, the boy scout troop and speak the truth? To step into the overton themselves, to drain the swamps in their own back yards?

How many are looking for a proxy to joust for their honor in the dc swamp while they let their wives emasculate them in their own kitchens?

The war is not just decided by a man in the DC swamp.

We are in a culture war, one we have been losing – nay, may have already lost.

No one general is going to take down a hundred years of rot without pitchforks and torches in every town square.

What I hoped for was an awakening in the everyman. That Trump would embolden men to take up arms in their own homes and communities; a bottom up groundswell.

Eh. A man can dream.

Some think the ‘next Trump’ will actually be a literally hitler. I doubt it.

The entropy of the left is accelerating, however, and this is a good thing i think. But I don’t see us being able to choose our next general.

No one is going to stand up for Middle America. Either Middle America stands up for itself, or it’s finished. Voting once every four years isn’t going to cut it. We have to stand up for ourselves where we are in whatever capacity we are able to. The costs will be to varying degrees social, economic, even physical. But we are descended from people who have done much more with much less. We do well to remember that.