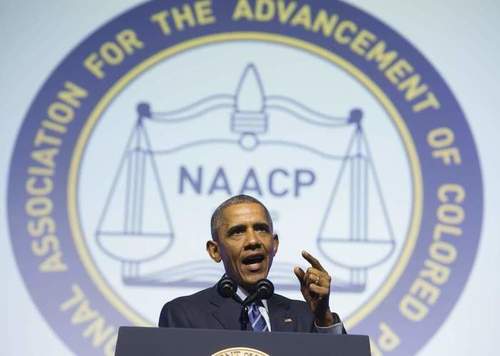 Will His Second Term Bring Out The REAL Obama?

In the last chapter of my 2008 book America’s Half-Blood Prince: Barack Obama’s “Story of Race and Inheritance,” I wrote:

What kind of President would Barack Obama turn out to be?

I don’t like to make predictions because I hate being wrong. It’s especially hard to be right about the future interplay of personalities and events. …

In Obama, ambition and caution are yoked. Becoming President is not his ultimate objective. Becoming a two-term President is. Republican Richard Nixon‘s first Administration was one of the most liberal in American history. There were hints at the beginning of his second term, before Watergate washed every bit of policy coherence away, that Nixon, having safely won re-election, intended to move toward his innate conservatism. That analogy suggests that a second Obama Administration might more truly reflect the real Obama.

The black president some worried about has arrived

In the past four weeks, we’ve seen President Obama take up residence in a place that sits somewhere in-between.

He's spoken off the cuff about race relations on a widely circulated podcast (even using the n-word) and then eloquently followed that with what can only be described as a sermon on race relations in America before breaking into song. He's challenged America to go deeper in its support of equality than retiring symbols of slavery (such as the Confederate flag) and impolitic words (such as the n-word).

While eulogizing a slain minister and state lawmaker allegedly killed by a white supremacist in Charleston, S.C., he outlined a whole raft of ways in which discrimination remains and inequality continues to grow. And now, in the span of two weeks, he has announced two major reform packages — housing last week and criminal justice on Tuesday — that could, if ultimately implemented, be of particular benefit to people of color in the United States.

Here's the thing: This Obama might look or sound "brand new" to some Americans. He might even sound a little something like the black president some white Americans across the political spectrum feared (or hoped for). But to people who watch the White House closely, this is the President Obama who has been developing for some time. …

But Obama came to the NAACP convention and laid out a criminal-justice reform agenda that included everything from calls for a close and hard look at what sends people to jail, which crimes and which defendants get the longest sentences, the use of solitary confinement and the loss of voting rights after release. That agenda, Obama said, also has to include resolving the massive disparities in school quality and discipline that federal data tells us begin in pre-kindergarten classrooms.

When combined with a whole host of other inequities Obama mentioned — who graduates from high school and college, who is employed, who lives in the safest and best-equipped communities and how police view their responsibilities to different neighborhoods — these produce exceedingly elevated arrest, conviction and incarceration rates for black and Latino men. That in turn splinters families and concentrates long-term joblessness, poverty and a rather logical but dangerous degree of hopelessness in those same communities. You can read more about the specifics of the criminal justice reforms Obama called for here, here and here. …

Still, this Obama didn’t do what he has so many times before. He didn’t lecture black America about its behavior while making only passing mention of some of the social and economic conditions that solid research — not just political ideology — tells us has at least helped to foster inequality. He gave a full airing to his sense that there is a need for wholesale policy reforms. And he stayed completely clear of the politically expedient and at times outright popular act of saying that young black men should do something about the way some wear their pants or how they speak. …

How did we get here? And what became of that Obama who once so famously opined about the futility of any discussion about a black and white America and deepening divisions between red states and blue?

Back in 2012, when Obama had just been reelected, the leaders of some of the country’s biggest civil rights groups often talked privately about the fact that Obama had made public commitments and taken concrete steps to advance the interests of environmentalists, immigrants and gay Americans. That same president, these leaders often said privately and sometimes publicly, could hardly be counted on to mention the word race, much less aggressively push ideas that might address racial inequality.

But lots of reporters who watch the White House for a living say the Obama administration was stung by the 2010 [2014?] midterm elections and Democrats’ staggering defeat, despite years of what they saw as pragmatic compromise. So the administration went big with executive orders and administrative actions on the environment, immigration, trade and other issues. There have also been some defeats — in court and in the court of public opinion — but then, there have also been some legal and social victories in the past eight weeks.

And there have stunning moments — in Sanford, Fla.; in New York; in Ferguson, Mo.; in North Charleston, S.C.; in Baltimore and in Charleston, S.C. — that have made the continued significance of race harder for the White House and larger swaths of America to ignore. Combine that with the waning months of Obama’s presidency, and the timing makes sense.

“I know what I am doing, and I’m fearless,” Obama said.