Black people periodically go through boom eras when white people can’t seem to get enough of them, such as in the late 1960s and then in the late 1980s-early 1990s. But blacks then overplay their hand and step on the wrong toes, usually Jewish ones. Black anti-Semitism launched neo-conservatism in the late 1960s (along with Israel’s victory in 1967) (see Tom Wolfe’s Radical Chic for how Leonard Bernstein’s fundraising party for the Black Panthers foundered upon Jewish resentment of Black Power shakedowns of their shopkeeper relatives). Black anti-Semitism later brought a media backlash against the Spike Lee-gangsta rap-Minister Farrakhan era 30 years ago. 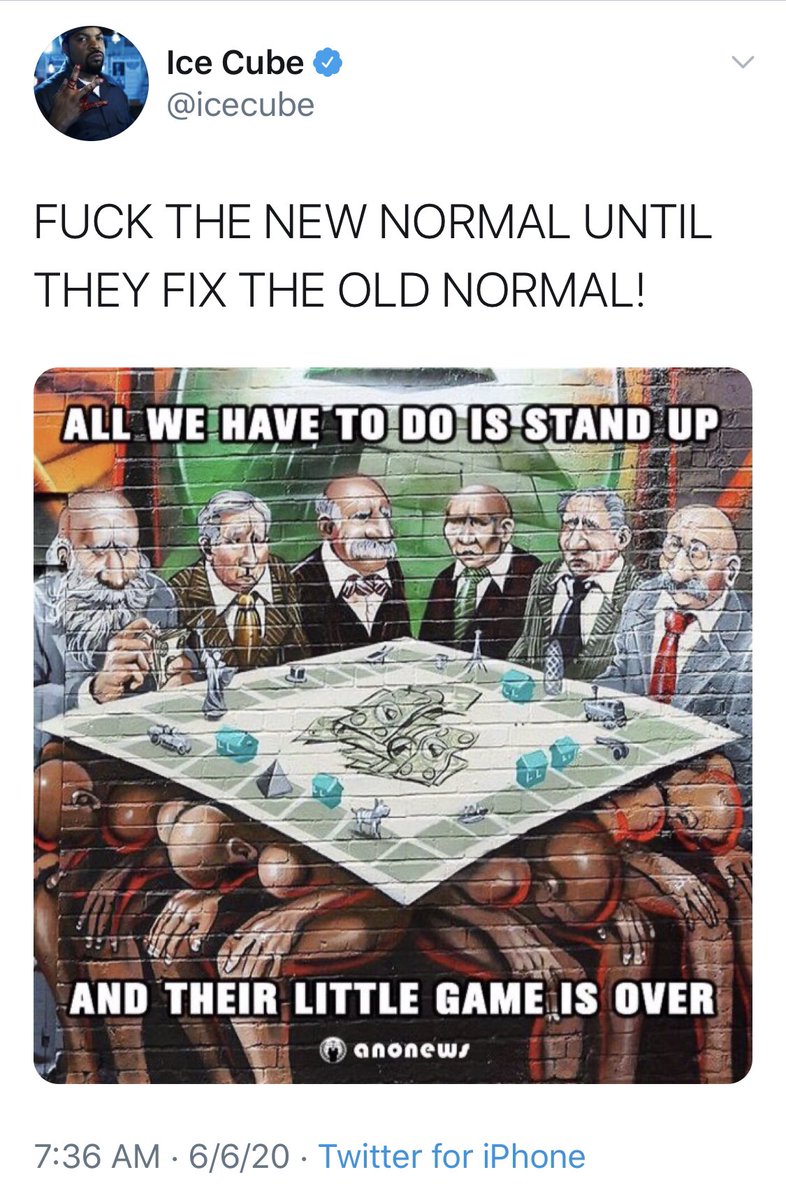 [NOTE: Ice Cube deleted this Tweet, but not the one below.]

This mural was known as Freedom for Humanity. Only two of the six old-time financiers depicted are Jewish (Lord Rothschild and Paul Warburg) but the general style is pretty Weimar/Nazi-ish. It was painted by a white guy pal of Shepherd Fairey (of blue-red Obama poster fame) who calls himself Mear On.

WE ARE THE CHOSEN PEOPLE pic.twitter.com/7JqfqSsUz5