Why There's No Black Bill James

Mission Impossible: African-Americans & analytics Why blacks are not feeling the sports metrics movement 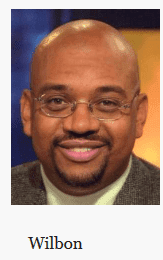 The mission was to find black folks who spend anytime talking about advanced analytics, whose conversations are framed by — or even casually include references to — win shares or effective shooting percentage, WHIP (walks and hits per inning pitched) or points per 100 possessions. It’s a failed mission so far. Totally empty. Conclusion: Advanced analytics and black folks hardly ever mix. Set aside the tiny handful of black men who make a living somewhere in the sports industry dealing directly with the numbers and there is absolutely zero mingling.

Log onto any mainstream website or media outlet (certainly any program within the ESPN empire) and 30 seconds cannot pass without extreme statistical analysis, which didn’t exist 20 years ago, hijacking the conversation. But not in “BlackWorld,” where never is heard an advanced analytical word. Not in urban barbershops. Not in text chains during three-hour games. Not around office water coolers. Not even in pressrooms or locker rooms where black folks who make a living in the industry spend all day and half the night talking about the most intimate details of sports. 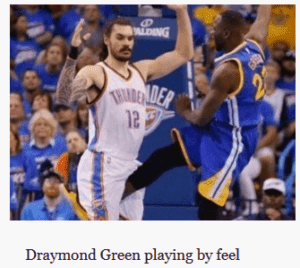 Let’s take the Golden State Warriors locker room, for example. I thought the complete stiff-arming of the statistical revolution might very well be generational. Old black folks don’t, but younger black folks might.

I asked Draymond Green, the Warriors star whose new-age game is constantly being defined statistically, if he engages in any advanced analytics conversation either professionally or personally. His answer was emphatic.

“No. Neither. Professionally, I play completely off of feel. I hear people discussing my game in terms of all these advanced numbers. I have no part of it,” Green said. “Even paying attention to it, from a playing standpoint, would make me robotic and undermine my game.”

As Yogi Berra said, “You can observe a lot just by watching.”

For example, in the first half of the 20th Century, the highly articulate Ty Cobb, the son of a college professor, tended to win the verbal debates over whether ballplayers should strive to hit line drives or, as the less intellectual Babe Ruth contended, swing with an uppercut to hit home runs. The fans sided with Ruth, but the sportswriters tended to side with Cobb, pointing to his even higher batting average, the traditionally most prestigious hitting statistic. But Ruth collected a huge number of walks (which aren’t counted in the batting average) due to pitchers fearing to throw one down the middle that he could hit out of the park, so more sophisticated statistical analysis has subsequently demonstrated what every 12 year old boy in America knew in 1923: Ruth was even better than Cobb.

As I pointed out in my 2011 Taki’s Magazine review of the movie Moneyball:

Smart middle-aged white guys really like baseball statistics. Sabermetrics provides men with a sheltered playpen in which to study nature and nurture with little risk of being called sexist or racist.

The bigger question is whether smart quantitatively-oriented white guys devote too much of their time to thinking hard about sports numbers (for which they are unlikely to become the object of Two Minutes Hates) rather than more important real world issues (at the risk of having their careers destroyed).

I’ve pointed out that blogger / psychiatrist Scott Alexander is a potential Bill James of psychiatric pharmaceuticals, a field of huge importance to human happiness that currently tends to lack sources of high quality independent critical analysis.

Real estate is another field in which moneyball techniques could be applied. As I’ve pointed out, economist Raj Chetty’s current project where he’s wheedled his way into access to an unbelievable trove of IRS 1040 data has revealed a whole series of interesting patterns. For example, states without many trees (e.g., the Dakotas) have done relatively better economically since 2007 than states with a lot of trees (e.g., the Carolinas), a reversal of the 1990s. But neither Chetty nor most of the journalists writing about his work have bothered to look hard at the implications of his numbers.

There’s a definite crimestop problem where almost anything could get you in trouble these days, leading to smart guys tending to go into playpens like sabermetrics where they won’t get Watsoned.