Why No Africa/Ebola Travel Ban? ANGRY WHITE DUDE's 'RedStaterNYC' Has The Answer 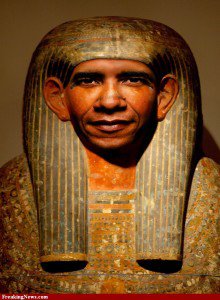 "Expendable Slaves to me" H/T One Old Vet

Following the House testimony today of Dr Thomas Frieden, the slippery chief of the CDC, astonishment is sweeping the blogosphere and the more alert components of the MSM about the President’s obstinate refusal to take the obvious step of banning visits from the Ebola-struck African countries. As James Fulford noted today, this contrasts weirdly with the 27 African countries that have already done so.

Responsibility for this blunder lies squarely with Obama after Frieden, in a long exchange, avoided denying that he was taking guidance from the White House. This caused Instapundit to blog Is the White House Behind the CDC’s Travel Ban Stubbornness? CDC Director Frieden Won’t Say. So that’s a yes, then.

Looking around, I think the best discussion of this scandal is by ‘RedStaterNYC’ at Angry White Dude

One may offer up the excuse that Frieden was merely trying to prevent a panic amongst the public, hence the projection of confidence in the face of uncertainty. But then, how does one explain this:

If we isolate these countries, what’s not going to happen is disease staying there. It’s going to spread more all over Africa and we’ll be at higher risk.

And he ["Dr." Thomas Frieden] explained to me that, well, the concern was that these are fledgling democracies, and if put a travel ban, that that may affect their economy and harm them.

Correct me if I’m wrong, but the purpose of the CDC is to protect American citizens from the outbreak of disease, is it not?

After some caustic remarks RedStaterNYC turns to

...the much more serious Enterovirus D68, which is cropping up all around the nation and killing vulnerable children…

There is no evidence that unaccompanied children brought EV-D68 into the United States; we are not aware of any of these children testing positive for the virus.

That was a quote emailed to World Net Daily from the CDC in response to questions they had about the possible connection. “Not aware of any of these children testing positive for the virus”? Of course they weren’t aware! How can a child test positive for a virus if they aren’t tested for that virus?!

…the CDC is clearly playing a word game here… They will make it seem as though thorough testing was done on the illegal immigrant children and that no infections of Enterovirus D68 were found, when, in fact, the reality is that they simply never tested these children. And yet the disease is suddenly springing up all over the US on the heels of the fed’s distribution of illegal minors throughout the country.

I commented on this outrage myself a week ago: American Children Dying Of EV-D68 Because Of Obama’s Kidinvasion Malfeasance.

RedStaterNYC then commendably goes on to observe

“But why would they lie about it?” the sycophant will ask

...our minority-occupied government believes that the suffering of poor blacks and browns is entirely the result of white racism (colonialism, slavery, etc.), and therefore we owe it to them to take them in and cure them of all the horrible diseases they contract. For free. And despite how much we suffer as a result.

The CDC Has Lost All Credibility By RedStaterNYC, October 16, 2014

Since VDARE.com Editor Peter Brimelow coined the phrase "Minority Occupation Government" in 2009, it has been a favorite VDARE.com concept, for instance here.

It is no more than the truth