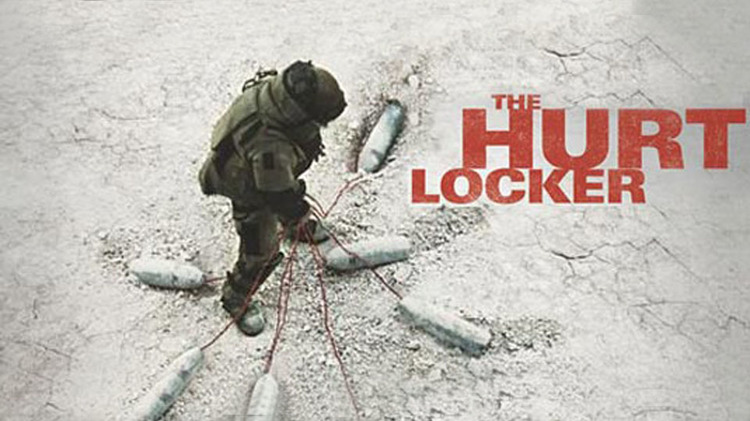 Why Movies Are Better Than TV

You hear often these days about how continuous plotline television dramas, such as Mad Men, are better than movies. Their endless length allows for novelistic detailing, etc etc.

But one great thing about movies can be that they begin and then they end. Take The Hurt Locker. You meet some soldiers in Iraq who dismantle bombs for a living. That's pretty interesting. But, after a couple of hours, even dismantling bombs is starting to get a little old. Suddenly, in five memorable minutes, it's over. Sgt. Will James comes home from Iraq, gets lost in the supermarket, talks to his baby son about why he loves his jack-in-the-box, and makes a decision about how he wants to live his life. Cue the Arab heavy metal and it's a wrap.

Granted, Hollywood hates making movies that end, that aren't origins stories for trilogies. But they still do make stand-alone movies.

Now, I'm sure Mad Men's creator Matthew Weiner would respond by citing detailed research he's done into the growth of STD rates in the 1960s, but, still ... yuck.

By the way, I suspect the obsessiveness about not revealing in review ansy "spoilers," which seems to have became dogma around the time of The Sixth Sense, has hurt the relative status of movies versus longform TV shows in elite discourse.

The Hurt Locker is, once again, a good example: the power of the film depends upon the last five minutes, in which the adage that Character Is Destiny is illustrated with extraordinary economy. But reviewers aren't supposed to "spoil" the end of a film, so practically nobody saw The Hurt Locker, which led to mass puzzlement when it won the Best Picture at the Academy Awards ceremony.

To explain why The Hurt Locker may well have deserved its Best Picture Oscar, you really have to recount the contrast between the bulk of the movie in Baghdad, shot through telephoto lens that compress the apparent distance between the near and the far into a disorientating, flat, and cluttered pictorial space that keep the viewer from being able to discern what’s safely far away from the heroes and what’s close enough to kill them, and the few concluding scenes back stateside.

For example, near the end, there's a [SPOILER ALERT! AHHHHOOOGGGAAA! SPOILER ALERT!] great fisheye lens shot in the breakfast cereal aisle of ex-Sgt. James befuddled by the civilian task of having to choose a box of cereal out of hundreds of offerings. A few minutes later, he's back in The Suit in another super-telephoto shot of Baghdad, doomed but fulfilled.