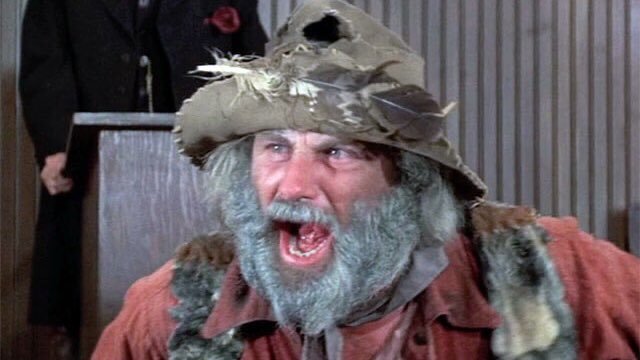 Nativo Lopez is a race-baiting Hispanic activist of the old school—so old school that his name used to be "Larry."

He's in court on a voter fraud case. This is low-level voter fraud—he's accused of casting his own one vote in a district where he did not actually reside, and false documents, and perjury, and that sort of thing.

Now he's having a mental competency hearing as a result, apparently, of his defense tactics

A Superior Court judge this morning threatened to throw immigrant-rights activist Nativo Lopez back in jail if he doesn't stop with the legal gibberish. ...

Lopez is serving as his own attorney and Judge George G. Lomeli showed little patience with his unorthodox defense.

"If you continue your behavior, if you continue to disrupt this court with your nonsensical comments, the court will remand you into custody," Judge George G. Lomeli told Lopez at his mental competency hearing in Los Angeles today.

It's the nature of his gibberish that surprised me—it's not reconquista gibberish, or La Raza gibberish, it's "authentic frontier gibberish"—the phrase is Mel Brooks's, from Blazing Saddles.

"Two other judges similarly denied him his freedom when they claimed that they did not understand the legal terminology he was using and qualified it as nonsense," the email said.

The missive said that Lopez is attempting to defend himself based on common law, "which precedes the United States Constitution, and actually precedes the establishment of the republic of the united States of America; contract law; and estate law; to have this case, being prosecuted by a public official representing the legal fiction of the Office of the District Attorney of Los Angeles County, dismissed."

Right! I'm more familiar with this stuff than the Los Angeles judges are, although I believe there are judges in Nevada and Idaho who know it well enough to say "Aargh! Not another one!"

I'm all for federalism and state sovereignty, and I admit that the late Confederacy had definite case for the right to secede, but this Common Law/Sovereign Citizen stuff is simply nonsense—philosophically wrong, in that the American Revolution meant that Americans could make their own laws, and utterly impractical in a court of law, where you're unlikely to persuade a sitting judge that he has no power.

He does have power—he has a bailiff with a gun and handcuffs.

But aside from all that, where does Nativo Lopez get off appealing to ancient English Common Law? Does this mean that he has finally assimilated to Anglo-America?