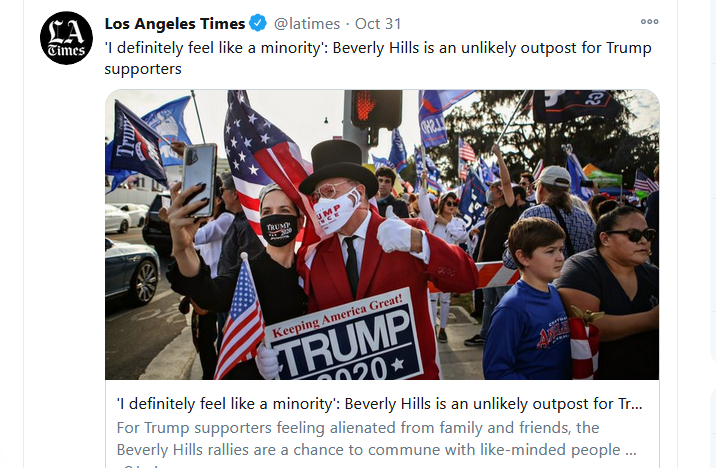 Why Is Beverly Hills A Rare West Coast Outpost Of Freedom Of Assembly For Trump Supporters?

It’s interesting how Beverly Hills, which went 2 to 1 for Hillary in 2016, is a rare outpost on the West Coast of freedom of assembly for Trump supporters, with thousands rallying there each Saturday. I’m guessing it’s because the well-funded BHPD doesn’t want to let Antifa attack peaceful marchers in Beverly Hills. For example, today some anti-Trump protesters attacked the big Trump rally on Rodeo Drive, but the Beverly Hills cops quickly broke it up and sent the leftists back to their agreed-upon park.

You hear a lot about how Antifa is supposedly rich and Jewish, but in the richest Jewish town in the world, the city has been doing a decent job of maintaining rule of law and freedom of expression.

Post
Brookings: Are Africa’s Children Our Last Hope To Save Us From Demographic Decline?
MORE...
POPULAR TAGS