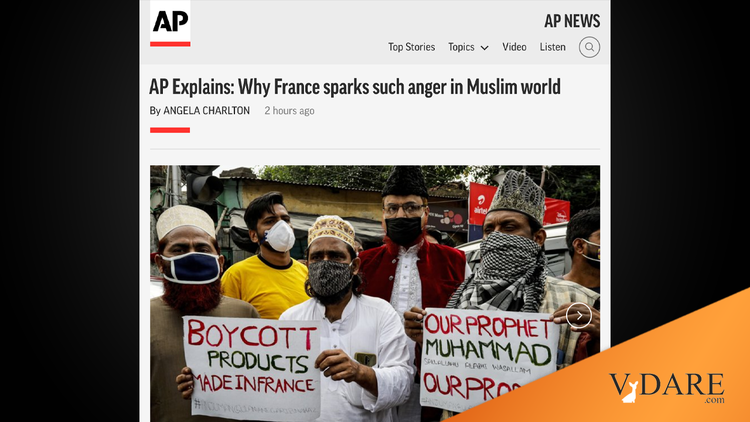 Liberté, Égalité, Décapité: AP Explains Why Frenchmen Getting Decapitated Is the Fault Of France 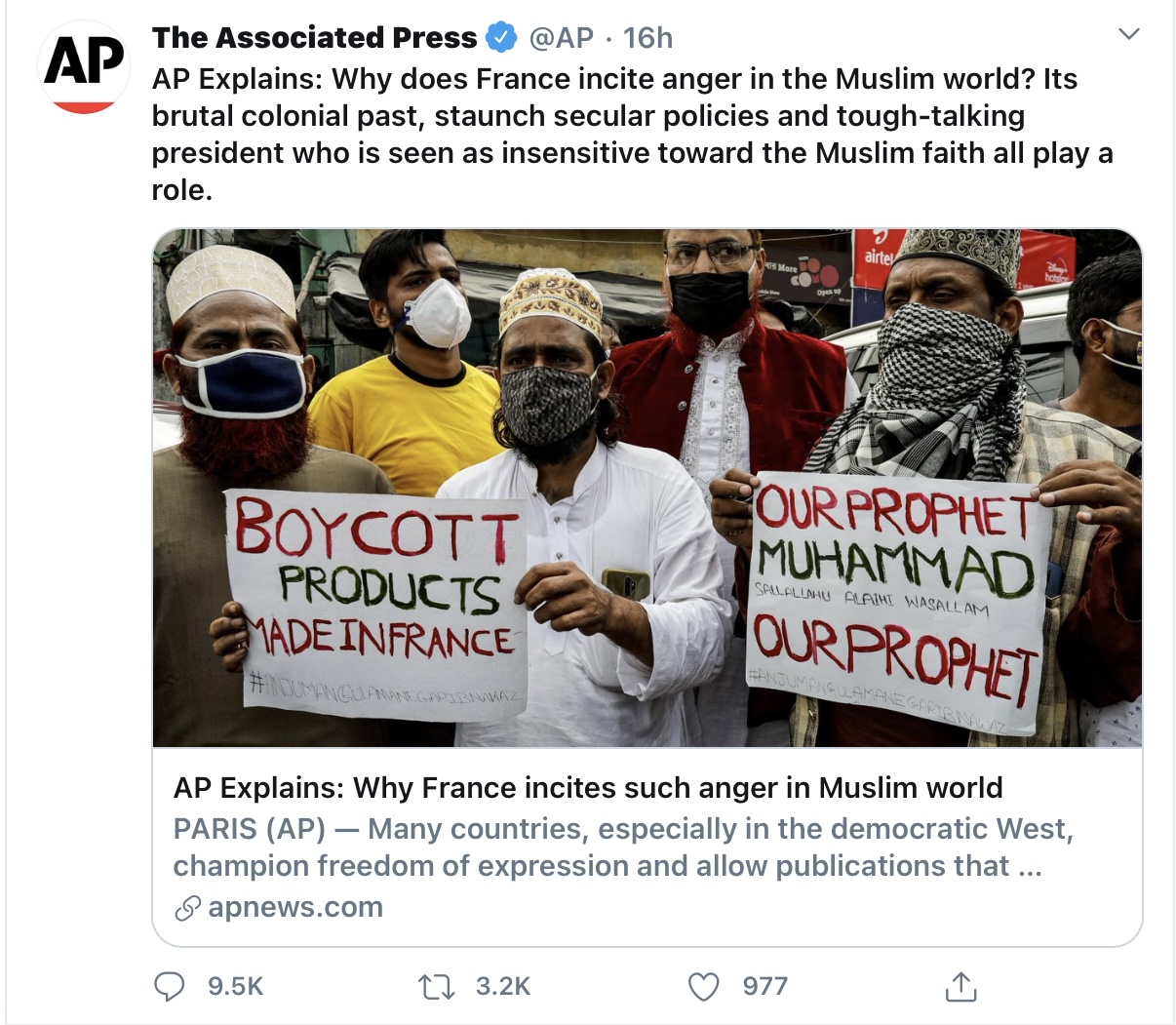 From the Associated Press wire service:

PARIS (AP) — Many countries, especially in the democratic West, champion freedom of expression and allow publications that lampoon Islam’s prophet. So why is France singled out for protests and calls for boycotts across the Muslim world, and so often the target of deadly violence from the extremist margins?

Its brutal colonial past, staunch secular policies and tough-talking president who is seen as insensitive toward the Muslim faith all play a role.

As France steps up security and mourns three people killed in a knife attack at a church on Thursday – the latest of many attributed to Islamic extremists in recent years — here’s a look at some of the reasons the country is under fire.

France has the largest population of Muslims in Western Europe, more than 5 million in a nation of 67 million, a legacy of its colonial domination of large swaths of Africa and the Middle East.

But the country’s efforts to integrate Muslim immigrants have faltered. The official French doctrine of colorblindness is intended to ignore ethnic and religious backgrounds and to have all French citizens seen as equally French. In reality, the ideal often fuels discrimination against those who look, dress or pray differently from the historically Catholic majority, instead of preventing it.

Muslims are disproportionately represented in France’s poorest, most alienated neighborhoods, as well as its prisons. That has bred angry outcasts who see their homeland as sinful and disrespectful toward Islamic traditions, or simply racist against Arab and other immigrants from lands that once enriched the French empire.