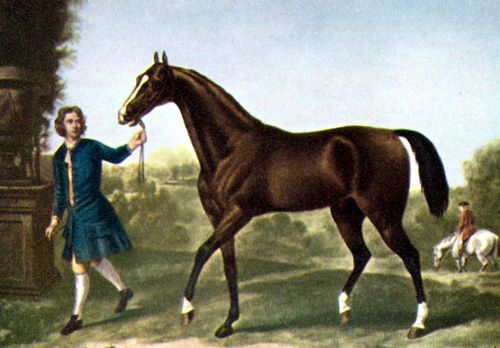 Why Did It Take Farmers and Philosophers So Long to Understand Heredity?

A curious question is: Why did selective breeding in agriculture show enormous successes here and there — e.g., corn in prehistoric Mexico, the breeding of much larger horses from the chariot ponies of the Bronze Age to the huge horses that could carry medieval knights in shining armor — but … nobody seemed to have much of a clue how to methodically go about breeding better crops and livestock until England in the 18th Century?

The impressive intellectual Gwern Branwen devotes a long essay to this question in a review of a 1986 book by Nicholas Russell entitled Like Engend’ring Like: Heredity and Animal Breeding in Early Modern England. Gwern writes:

People, both ordinary and men of leisure, have been farming animals for millennia and presumably interfering in their reproduction, and had ample opportunity to informally observe many matings, long pedigrees, crosses between breeds, and comparisons with neighboring farmers, and they had great incentive to reach correct beliefs not just for the immediate & compounding returns but also from being able to sell their superior specimens for improving other herds.

I suspect that many farmers’ discoveries before the 18th Century were kept as trade secrets, so there was little general advancement, despite isolated accomplishments. Note that Isaac Newton in the later 17th Century was inclined to keep his physics and math discoveries as trade secrets of his business of being a sage, and he had to be cajoled into publishing them by his more open-minded Royal Society pals.

In contrast, Darwin’s books 175 years later are full of information sent to him by a multitude of correspondents, whom he credits by name.

The concept of “publish or perish” is much derided, but the idea that you should tell the world about your discoveries has done a lot for the world.

Gwern focuses on Robert Bakewell (1725-1795), an English sheep breeder who made methodical breeding of more productive lines of sheep fashionable. Bakewell never published anything on what he was up to, so it’s difficult to tell what exactly he accomplished. But it’s clear he was a charming host and generous mentor who exemplified for his peers the improving spirit of the agricultural revolution. Darwin cited Bakewell as showing that artificial selection worked, thus implying that natural selection could work by happenstance.

Gwern’s essay is full of interest. Here’s one paragraph on one of my favorite topics: that the British obsession with horseracing fed into the Anglo-Scottish intellectual revolution associated with names like Smith, Darwin, and Galton:

The aristocratic & government interest in racehorses & war horses gradually led to many specialized horses being kept and better record-keeping. The creation of the “stud book” and the classist superstition of “blood” in horses, where even distant ancestry from a famous thoroughbred elevated a horse above common horses, appears to have accidentally backed into success: by creating a reason to track ancestry carefully, and importantly, ensuring that a thoroughbred’s offspring with a horse not in ‘the book’ would be worth much less (regardless of their performance or true genetic potential), a closed breeding population under steady selection was created and ensured that what progress was made was not then immediately undone by careless haphazard matings. Arabian/Turkish stallions were permitted, and now that they were no longer being immediately diluted by outside 100%-non-thoroughbred horses, gradually “graded up” the closed thoroughbred gene pool towards more Arabian/Turkish genes. Further, the mania for racing was not satisfied by the stock of mature stallions so races began expanding to include younger horses (accelerating generational turnover and thus annual gains) and also mares (finally capturing critical performance data and allowing selection on the other half of the equation). Before too long, the import of full-blooded Arabian stallions was no longer particularly necessary as thoroughbred performance had thoroughly outraced them. Russell remarks that thoroughbreds, like cats or dogs, were then (and still are, based on the crudity of the racehorse genetics papers I’ve read) bred in an unsystematic and inefficient manner, but this seems to have been enough.

Our word “race,” meaning a lineage or breed, is etymologically linked to our word “race” meaning a test of speed, in part because breeding faster racehorses took up a lot of space in the English mind.