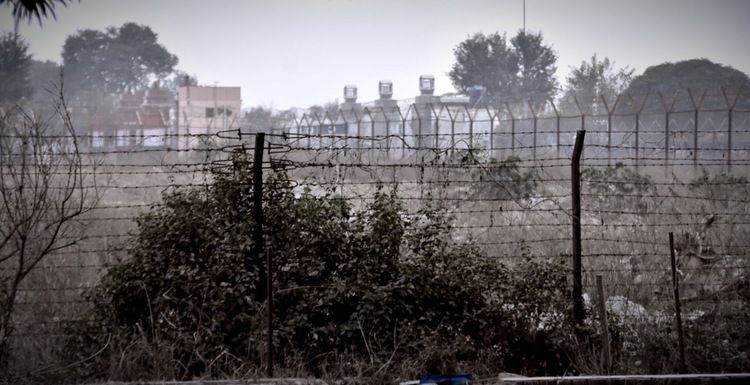 Why Are Americans The Fools Of The World On Immigration?

This is from Daniel Greenfield's blog, Sultan Knish.

So they have a really tough border. A few indicative quotes from Greenfield, quote:

India has spent decades building fences, topping them with barbed wire, and installing lights. The lights are there so that the guards can see. Unlike America, there are guards, they have guns, and they shoot …

BSF personnel are allowed to shoot on sight. Boats are used to monitor river areas that can't be fenced in. Air units watch from the sky. And intelligence units gather information on smuggling gangs. The first and final line of defense though comes from men with rifles watching the fences and the shadows …

When a Bangladeshi teenage girl illegally entering India was shot, leftist activists hoped to use her to stop the zero-tolerance border security policy. But India kept building fences and defending them.

The contrast is between a serious country (theirs) and a silly country. (Ours.)

A serious country uses its economic muscle to bend other countries to its will, even forcing them to humiliate themselves by defending oppression of their co-religionists as China has done over their Uighur policies. A silly country hands out hundreds of millions to nations that work at undermining its own security.

A serious country devotes major military and infrastructure effort to securing its borders and shoots people who try to enter illegally. A silly country allows a hundred thousand people a month to wander in and settle, most of them unskilled workers who will take jobs from our own people and, with their children, burden our healthcare, education, and welfare services.

Now, every nation has its own ethos, its own sense of its obligations to humanity at large.

If you raise the questions: "Why are we the silly country in these stories? Why aren't we the serious country? Why don't we threaten countries with economic retaliation if they criticize our internal policies? Why don't we shoot people who try to enter our territory illegally?" If you raise those questions, the answer comes back: "That's not who we are!"

Here on the Dissident Right we have fun mocking this who-we-are-ism. It's vapid, feminized, feelgood moral posturing, we say. I've done some of the mocking myself.

Who-we-are-ism is not an utterly contemptible position, though. Americans do like to believe that we are a generous and humane nation. I don't know what opinion polling would say about shooting teenage girls trying to cross the border, but I'm pretty sure there'd be a majority against it. This is not India; and thank goodness, this is not China.

Still, we could surely do better than we are doing—be firmer in asserting our rights and our sovereignty.

Time and again, reading the news, I find myself thinking—as Daniel Greenfield seems to be thinking in the column I've quoted—that we are the fools of the world. Ann Coulter apparently gets the same thought: Her column at The Hill the other day bears the title How we Became the World's Suckers on Immigration.

There's a middle way here somewhere: a middle way between, on the one hand, humiliating weaker nations the way China does, and on the other hand, being the suckers of the world—a laughing-stock. We should try to find that middle way.