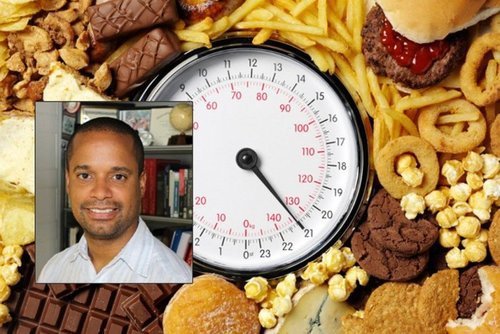 Just in case anyone was wondering — as if they had to — a new study from an egghead at Rutgers says that racism causes obesity in minorities.

Reports the aptly monikered Luis Rivera (pictured  right), “When you are exposed to negative stereotypes, you may gravitate more toward unhealthy foods as opposed to healthy foods. You may have a less positive attitude toward watching your carbs or cutting back on fast food, and toward working out and exercising.”

Rivera found that Latinos he studied were significantly more likely than whites to agree that negative stereotypes commonly used to describe Hispanics applied to them. The result suggested to Rivera that “somewhere in their heads they are making the connection that the stereotype is Latino, I am Latino, and therefore I am the stereotype.”Hispanics in the study who strongly self-stereotyped were more than three times as likely to be overweight or obese as those who did not. The data suggest that self-stereotypes diminish self-esteem – and therefore the motivation that might have helped them follow a healthier lifestyle.[Rutgers University Study Attributes Obesity Rates Among Minorities to Racism, The West Wire,  September 6, 2014]

This must have been the problem with Sgt. Demetrio Lopez Garcia.