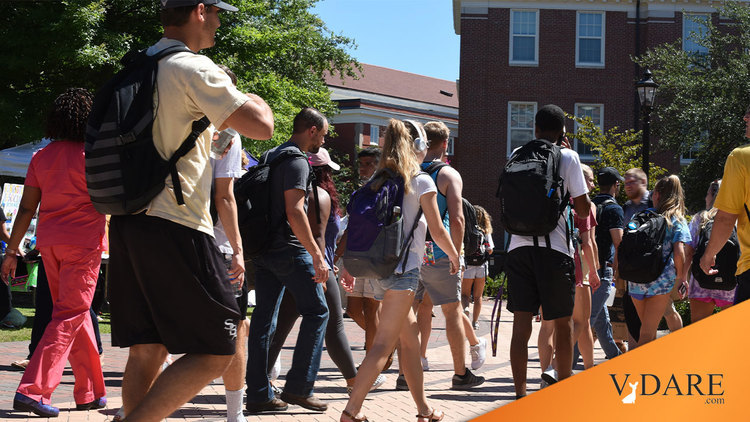 Which Are First Choice Colleges And Which Are Safety Schools?

USN&WR lists colleges by yield ratings (number of accepted applicants who show up in the fall divided by number of applicants accepted the previous spring). Not surprisingly, Harvard is #1, but what's #2, well ahead of #3 Stanford? A man in the news is a graduate of the #2 yield college (along with having two degrees from #1).

Many of the other highest yield colleges are red state public colleges like the #5 University of Alaska, Fairbanks (where Edward, the immortal vampire in Twilight, claims to be headed once he graduates from high school, presumably either because it's far from everybody they know, or because it's dark half the year so he won't sparkle — I didn't really get into Twilight enough to figure that out.)

A lot of famous colleges, like Duke, Rice, Cal Tech, and Northwestern, are treated by many applicants as safety schools, giving them lower yields than much less prestigious schools.

This is tied into Charles Murray's view of changes in American culture. It used to be that almost all colleges were regional. Stanford was for smart, affluent kids from California. Mitt Romney attending Stanford for a year was part of a fairly new push by Stanford to get elite kids from "back East" (as we Californians like to vaguely handwave about everyplace from Denver to Maine).

A regional college system is more conducive to marrying your high school sweetheart. For example, when young Mitt was a freshman at Stanford in 1964, he frequently flew home on weekends to see a beautiful high school girl, Ann, to whom he's still married.

Something like this was an underlying theme of George Lucas's 1973 movie American Graffiti: In 1962, Richard Dreyfuss isn't as sure as his best friend Ron Howard is that he wants to leave podunky Modesto, CA the next morning for a famous college back east. (By the way, I haven't seen American Graffiti since I was about 16, and we've all undergone multiple revisions in our views of Lucas since then. Way back then, it struck me as a tremendous movie, but I was 16, so what do I know? Does it hold up?)