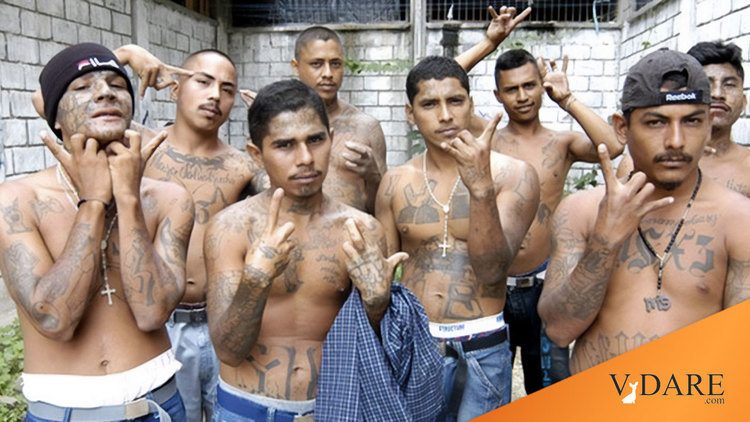 When to Build the Trump Fence? NOW—Before the Nascent "Central American Spring" Gets Fully in Gear

With yesterday’s overthrow and jailing of Guatemala’s crooked El Presidente, there is much talk of a “Central American Spring” that will bring needed reform to the 43 million people of Central America.

I wish the citizens of Central America countries well in providing themselves with better self-government.

I also wish the same for the citizens of Arab countries.

But, sadly, the much heralded “Arab Spring” that began over four years ago hasn’t so far worked out so well for either Arabs or for their European neighbors who neglected to strengthen their border defenses.

The Obama, Sarkozy, and Cameron governments, for example, thought it would be a good idea in 2011 as one of their contributions to the Arab Spring to have the obnoxious dictator of Libya murdered. In hindsight, we know that the Gadafi-Berlusconi accord was the main prop to keep Europe from being overrun by boat people from sub-Saharan Africa. Libya’s descent into Mad Max-dom has opened the door for Africa’s billion people (and the three billion more the UN expects by 2100) to act out Raspail’s The Camp of the Saints in the Mediterranean. (Whether the demographic inundation of Europe is considered a bug or a racial feature by, say, Obama and Susan Rice has not been much looked into.)

Even some of the more hard-headed countries in the Middle East were temporarily embarrassed by the Arab Spring. For example, Israel had relied upon Egyptian dictator Hosni Mubarak to prevent sub-Saharan economic migrants from swarming through Egypt into wealthy Israel. When the Muslim Brotherhood was voted into office, the new democratic Egyptian government stopped doing Israel this favor. So Israel quickly started filling up with economic “illegal infiltrators” from black Africa. This led to more crime and an embarrassing anti-black pogrom perpetrated by working class Jews in Tel Aviv against the black immigrants.

The government of Israel rushed into existence a formidable fence on the Egyptian border to stop economic migrants, along with a series of programs to deport the immigrants back to Africa. The fence on the Egyptian border has proved highly effective, but the delay has still left Israel with the unwelcome problem of kicking out its illegal infiltrators before they can bring in more relatives and produce anchor babies. Even as patriotic a government as Israel’s would rather sidestep these kind of problems in the first place than do what it takes after they’ve developed.

Hence, a more prudent Israel is now preemptively building a ferocious border fence along its currently stable border with Jordan to be ready just in case World War Z breaks out and the zombie hordes head for Israel.

Similarly, the Saudi government has contracted with Munich-based Airbus to build a high tech 900km fence along the Saudi border with Iraq.

A stitch in time saves nine.

Personally, I have no idea what will happen in Central America.

Nor can I make confident predictions even about the future stability of Mexico and its 120 million residents. As Mexico’s long-time dictator Porfirio Diaz said around the time that, after decades of total stability, he was suddenly driven into exile and his country descended into the decade-long Mexican Revolution that killed at least one million people, “Nothing ever happens in Mexico … until it happens.”

It may well turn out that, relatively speaking, nothing happens. But if “it happens,” well, America would be a lot better off if we had developed some better border security now, rather than later, which might be too late.