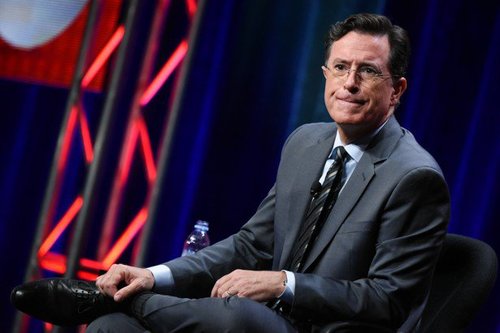 Stephen Colbert’s Writing Staff: 17 Men, 2 Women And all 19 of the Late Show’s writers are white. So.

Well, this is sad. Splitsider reports that Stephen Colbert’s new show—the one that premiered delightfully earlier this week, the one that seems to be trying to bring a new kind of intellectualism to late-night network comedy—has a writing staff that includes 17 men. And only two women.

A writing staff is, in many ways, the soul of a show. The 19 people Colbert selected for The Late Show will decide much about how his influential platform will do its influencing. And Colbert himself, furthermore, is someone who—based on interviews he’s given as himself rather than the characters he has played on The Colbert Report and, now, The Late Show—seems to think deeply about the structures and systems that make the world what it is. He seems to understand, in a way many comedians don’t, that even the most innocuous kinds of “entertainment” play a role in defining culture.

You’d think Colbert would know better than most of his peers that “diversity” is not just some aspirational tautology, but the best proxy we have for ensuring that cultural products that aspire to some kind of mass-ness represent, as best they can, the actual mass.

But at least we have The Atlantic, Salon, TNR, and Slate to represent those masses who are Humorless-Americans and Petty Grievance-Americans.

But if he’s made the decision, at the outset, to have such a wildly skewed ratio of men to women, and of white writers to writers of color—then nuance has already been pre-empted. The benefit of the doubt has already been taken.

Colbert has been asked before about the lack of diversity on his writing staff. His responses tend to involve making a joke of the question itself. When asked about his staff’s makeup during this year’s Television Critics Association convention, Splitsider notes, Colbert responded, “Lot of Leos. A couple Tauruses. But we make it work. Obviously those people shouldn’t be left alone.” During his acceptance speech when The Colbert Report won an Emmy last year, Colbert noted, “Our writers won last week for Writing a Variety Series! I’m so proud of those guys and one woman! And I’m sorry for that, for some reason.”

For some reason. If it’s 2015, and you’re not sure why you should be sorry about something like that, then—I hate to say it, but—you actually have a lot to be sorry for. 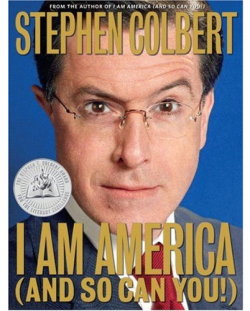 Colbert’s first book, back in 2009, I Am America (And So Can You!) was the initial time I got the impression that a professional comedy writer was riffing off my stuff. Not stealing my jokes: the punchlines were better than my punchlines, but a lot of the topics seemed highly familiar. I finally got to an entire page devoted to the otherwise less than red-hot topic of cousin marriage and realized one of Colbert’s staffers must be a reader of mine.

Colbert’s second book, America Again: Re-becoming the Greatness We Never Weren’t, is quite funny as well, but I didn’t see much evidence for any of my influence on it; so I presume my reader that had been on Colbert’s staff wasn’t involved with writing the second book. (In other words, I’m not just imagining things.)

Post
The 2020 Democratic Platform on Whites and Whiteness: They Hate You, They Really Hate You!
MORE...
POPULAR TAGS