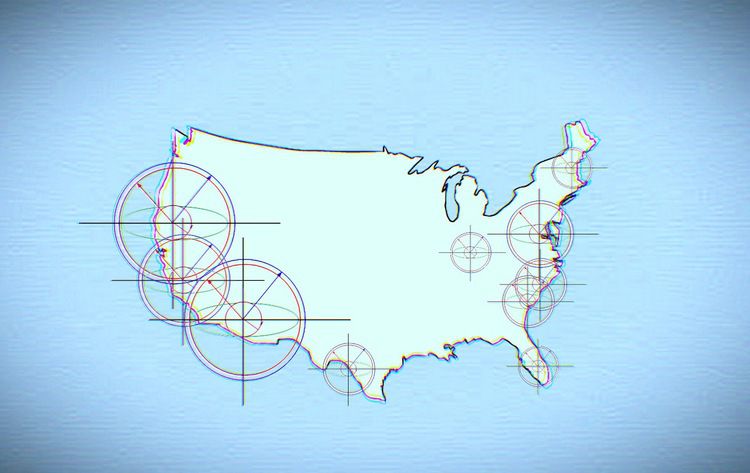 What The Citizenship Question Was About: Illegals Are Counted For Congressional Apportionment

See, earlier, by Patrick J. Buchanan: How Middle America Is to Be Dispossessed Electorally

The President has surrendered to the Supreme Court on the Census Citizenship Question. Here's what it was about—immigrants, legal and illegal, are counted for purposes of apportioning Congressional Districts.

In 2015, there was a story in POLITICO titled  Illegal Immigrants Could Elect Hillary | How noncitizens decrease Republican chances of winning the White House next year, by Paul Goldman and Mark J. Rozell, October 3, 2015.

Hillary wasn’t elected, but it was a near thing, and alien apportionment worked for her, not Trump. The Constitution apportions Electoral College votes to the states by population. Some quite large number of America's population is composed of illegal aliens. An even larger number are legal aliens, who also can't vote, but whose presence is counted for electoral votes.

We call this the Rotten Borough effect, from the old British parliamentary districts where as few as seven actual voters could send one Member to the British House of Commons. There are 538 total electoral votes in the US, and 435 of them are apportioned by population. That means there is one electoral vote for every three quarters of a million residents in the United States, and many of them go to areas where immigrants are in the majority. The total foreign born population is 42.1 million ("helped along by a rebounding Mexican immigrant population") so that means that at least 56 electoral votes are caused by immigrant presence. That means that not only could illegals elect Hillary, so could "legals".

This was the subject of one of the earliest things I wrote for VDARE.com:Immigration's Rotten Borough dynamic…, February 23, 2001, where I quoted Fred Siegel's 1997 book The Future Once Happened Here (p. 147) about what this does to local politics:

“Most Latino pols in L.A. are classic ethnic operatives—with a twist. What's different is most represent “rotten boroughs,” districts where, because of recent immigration and the youth of the average Latino, the percentage of voters in the total population is tiny.

This means that the real voting base is that small fraction of the population already eligible to vote and sometimes directly dependent on government employment programs. In practice this means that Latino-elected officials, like county commissioner Gloria Molina and City Councilman Richard Alarcon, support the failed bilingual education programs for the same patronage reasons they oppose charter school reform.

Their support is based on getting their group's cut of the local government and social service jobs."

And that's why Democrats, who react with paranoid fear to Russian Facebook posts, don't object to tens of millions of illegals taking up residence in America.