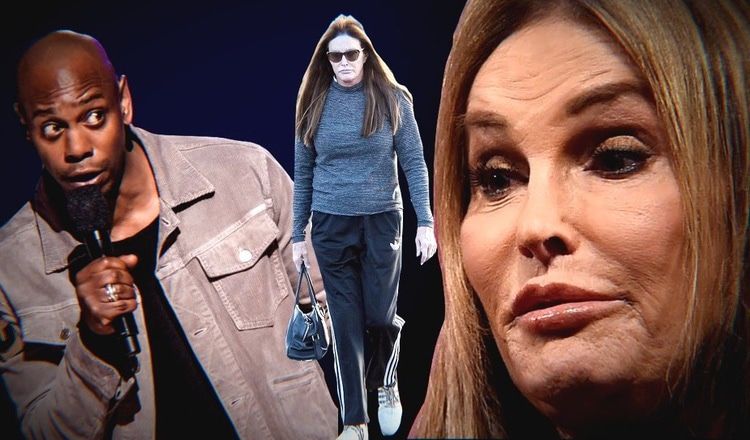 Dave Chappelle Is Punching Down at Caitlyn Jenner. NYT Not Allow!

Dave Chappelle on Broadway: The Joke Is Getting Old

The comic hasn’t adjusted his material for the setting: he’s still defending wealthy, famous peers and joking about transgender targets.

… The theater might provide a rich target for Chappelle, but outside of his opening line (“Welcome to the most heterosexual show on Broadway”), it’s not one he trains his sights on. Chappelle doesn’t much adjust to the room. He does what he does, with supreme confidence. But his fiercely independent streak has led to a more indulgent performer constantly doubling down, returning to old obsessions, courting controversy and then exploiting it in his shows to play the beleaguered star.

After he was criticized for mocking transgender people in two 2017 specials, Chappelle seems to have become fixated on the subject, alternating between lukewarm jokes about this marginalized group and defensive justifications for them and even apologies. “Got to stop with the trans jokes,” he tells himself at one point.

But the time spent on this subject is overshadowed by his other favorite long-running pastime, expressing sympathy for rich and powerful men enmeshed in scandal. Chappelle has become the bizarro Joan Rivers, obsessed with celebrities, but not to skewer them so much as to play their defense attorney.

In his new show, he does Louis C.K. few favors by defending him limply. He also speaks up for Kevin Hart who, in his telling, lived a blameless life when his dream of hosting the Oscars was dashed because of a few tweets. And after litigating the case of Michael Jackson on specials in 2004 and 2017, he does so again here, telling his audience not to watch the recent HBO documentary, “Leaving Neverland,” in which two men who accused Jackson of sexual abuse speak out. Chappelle says he doesn’t believe them, and then adds that he has no evidence, before sputtering that even if the pop star was guilty, “he’s Michael Jackson.”

As he has told audiences many times, Chappelle says he is not in “the being right business.” He often adds qualifications to these provocations, but it’s hard not to notice that he sympathizes so much with his peers in wealth and fame. Once again returning to what he sees as the excesses of #MeToo, which he has soured on even more than in his special in 2017, when he described victims as “weak,” he focuses on the plight of the men, those accused, but also the ones who might be. Chappelle refers several times to the dangers of being canceled. He’s not worried, he says, because he doesn’t rape, but adds: “I have a few Aziz Ansaris in my past.”

The extensive Playbill bio noted that Chappelle’s comedy has “often shocked his audiences into laughter.” But there’s nothing shocking anymore about his making fun of transgender people. He does it so relentlessly that it has become blandly familiar. And the way he pairs this material with constant justifications, explaining how these marginalized groups, which he calls “the alphabet people,” have disproportionate power in Hollywood, is defensive, predictable and ultimately cruel.