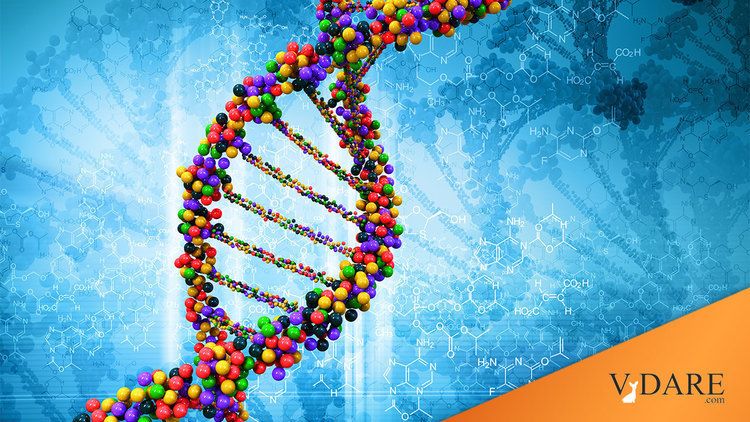 What's Inconvenient About Science? Federal DNA Database Sabotaged In The Name Of PC

When police find a suspect's DNA at the scene of a crime, they should be able to figure out the things that DNA tells you, which includes things like sex and race, so they know who to suspect. A scientist named Tony Frudakis is working on this, at a company called DNAPrint.A new story from Wired Magazine reveals that political correctness has led to deliberate sabotage of the database, in order to prevent the authorities from finding this out:

But while CODIS [the FBI's official DNA database]is good at linking the criminals who are already catalogued from other crimes, the system is useless in identifying physical characteristics. It says nothing about race. It has been specifically set up to reveal no racial information whatsoever, in part so that the test would be consistently accurate irrespective of race.

But non-scientific considerations also factored into how the system was established. When the national DNA Advisory Board selected the gene markers, or DNA sequences which have a known location on a chromosome, for CODIS, they deliberately chose not to include markers associated with ancestral geographic origins to avoid any political maelstrom.[The Inconvenient Science of Racial DNA Profiling By Melba Newsome, 10.05.07]

You get an insight into the psychology of the people involved when you learn that a male university professor literally screamed at the (female) reporter who was covering this story, refusing to believe that DNA markers could show what race someone was.

Besides the expense, many people who might benefit from DNAWitness either don't know it exists or are extremely skeptical that it works. William C. Thompson, Chair of the Department of Criminology, Law & Society at UC Irvine [Send him mail]is a prominent expert on the use of DNA in criminal trials but was only marginally familiar with this technology. When I tried to describe how it works, he literally screamed at me, calling Frudakis a hack and a charlatan who obviously did not understand statistics.

But even those who believe this can be done are conflicted about whether it should be done. History is replete with examples of injustices and inequities that were conscripted into law based on racial classification. The Civil Rights movement of the 1960's succeeded in ending legal racial discrimination, in large measure, by downplaying the significance of race and racial differences. By the mid-1990s prominent academics and sociologists even went so far as to say that race did not exist at all.

"Race is a social construct, not a scientific classification," said an editorial in the May 3, 2001 issue of the New England Journal of Medicine, adding that "In medicine, there is only one race—the human race."

Then, along comes Frudakis with a science that seems to be saying the opposite.The Inconvenient Science of Racial DNA Profiling, Page 2

There's more, with reference to eugenics, et cetera, which is obviously irrelevant here, since the point of a DNA sample at a crime scene is to find out who committed the crime, not to find out if they're good marriage material.

This is serious—it's literally a matter of life or death for victims and suspects. It's bad when the newspapers won't print the race of suspects still on the loose, but worse when the FBI itself refuses to know.