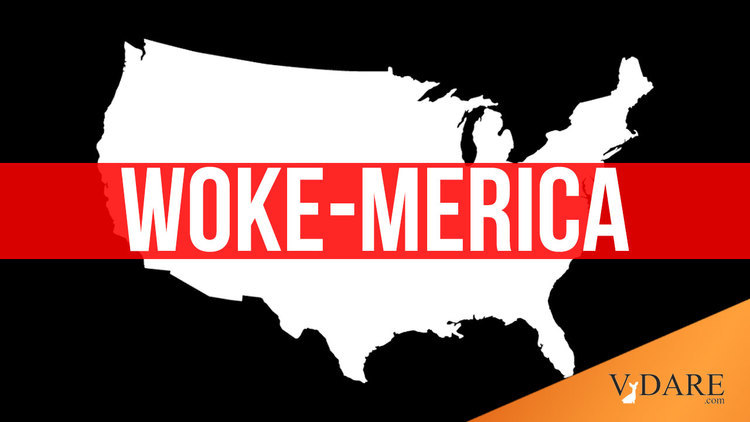 What If Wokeness Is A Russian Conspiracy To Ruin America?

I know this is unlikely, but has anyone ever investigated the possibility that efforts like this are funded by a foreign power? I only ask because if you wanted to weaken the US as a global rival, I can't imagine a better way than by banning advanced math in public schools. https://t.co/rzVHhd7DIT

Cuba traditionally sponsored what attempts to undermine the U.S. it could afford, such as offering sanctuary to U.S. airline skyjackers a half century ago when that suddenly became a big problem. But most of the few remaining Leftist Latin American countries today are poor, out of fashion, and with little opportunity for strategic mischief. And even they would rather not play the race card so much for fear of stirring up race wars internally, but rather play the proletarian victim of U.S. capitalism card internationally.

In contrast, the America government and establishment is now culturally to the left of most of its great power rivals, such as Russia, China, and Iran, not to mention friends like India, Israel, Poland and even, perhaps, France. The U.S. government sponsoring Woke-adjacent consciousness-raising on their soil is a running annoyance, much less the power of the U.S. media.

I would guess that Russia, Iran, and increasingly China would fear that subsidizing wokeness in the U.S. would risk wokeness getting a catastrophic toehold in their intelligence agencies.

But, in general, why bother? The U.S. is self-destructing for free, so if you are Putin or Xi, it’s best just to sit back and watch the show.