What Does Mexico Do With Illegal Child Migrants? It Deports Them 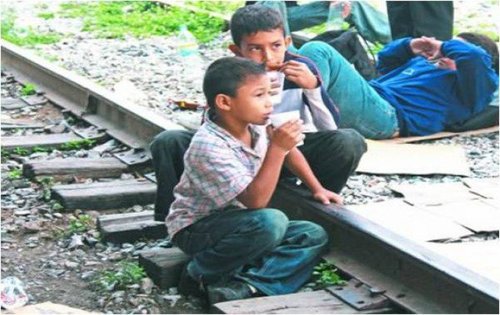 What does the Mexican government do with child illegal aliens?  According to a report in Mexico's  El Universal, in 2013 there were 9,893 illegal alien minors detained in Mexico. Of that total, 8,350 (84% of the total) were deported  while only  50 were granted official refugee status.   The remainder, numbering 1,493 were neither deported nor given refugee status, but apparently allowed to join family members (of varying legal statuses)  who were already in the country of Mexico.

I'm guessing too, that there were more than 9,893 passing through, but that's the quantity that was caught and officially registered.

This year's total looks to be much higher.   Reportedly, 7,600 Central American minors have been deported from Mexico up to this point in 2014.  In Honduras, however, it's been reported that 6,400 Honduran illegal alien minors have been deported from Mexico specifically to Honduras, which indicates that by now the Mexican deportation figure may be higher.

By the end of the year, when all the totals are tallied, the figures should be much higher.

Note too that in Mexico, these children don't have to appear before any sort of immigration judge.  Officials just decide what to do with them and do it.