Rep. Sue Myrick has long been a leader in protecting America's borders, sovereignty and national security. In the Tube below, she explains how Hugo Chavez' Venezuela now provides an easy transit point for Iranians and other hostiles to reach our country through the porous Mexican border.

Rep Myrick also discusses the category of Special Interest Countries, whose citizens (ASICs) receive a higher level of scrutiny when they are caught crossing the border illegally. Special Interest Aliens — persons who may pretend to be Mexicans but are Arabs or from other suspicious categories — have been watched for a while but the Venezuela connection is a new element. 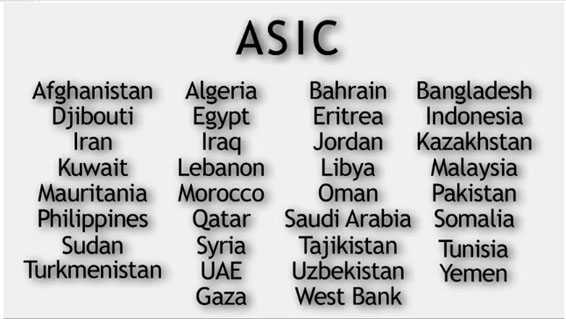 Interestingly, every nation on this list is included in the 2010 Diversity Visa Lottery except for Pakistan and the Philippines, which are deemed by the State Deportment to be "not eligible" because we already have plenty of them. (Gaza and the West Bank are not real countries, but are full of jihad enthusiasts.)

Washington's continuing generosity toward actual and potential enemies is truly breathtaking, not to mention unserious. For example, the US government has had no diplomatic relations with Iran since the country's 1979 Islamic revolution (during which 53 Americans were held hostage for 444 days), but Hilary Clinton and company manage to hand out Diversity Visas to those hostile folks. Yemenis attacked the USS Cole in 2000 off the coast of Aden and killed 17 of our sailors, but no problema there either. Dozens of young Somali men have left Minnesota to help out with killing infidels in their beloved homeland, but the doors remain wide open to them as well (including an extra 6000 in the refugee category this year).

Clearly there is little recognition of a war on terror or against jihadist Islam, whatever you want to call it, in the halls of the State Department.

Following is the list of Special Interest Countries to which I've added the number of Diversity Visas each received for 2010: