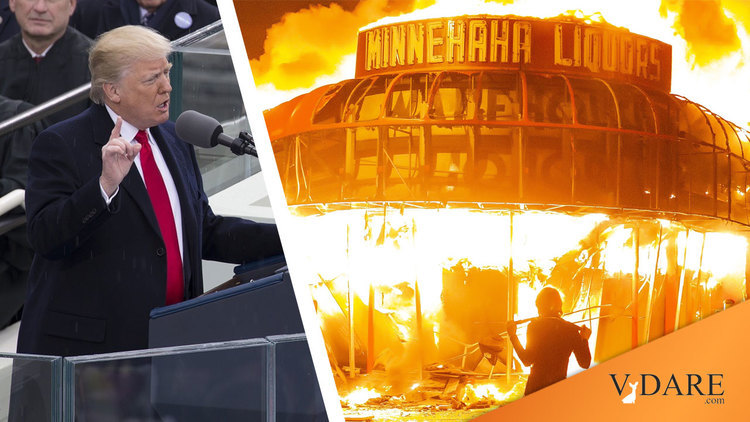 The latest from Mark Esper, who was nominally Secretary of Defense during the Trump Administration, but as you can see, actually didn't want to defend the country, the national Capital, or the White House from a violent insurrection:

SCOOP: Former Defense Sec. Mark Esper charges in an upcoming book that Trump said when demonstrators filled the streets around the White House following the death of George Floyd:

I've explained how the leg-shooting thing, although deprecated in normal self-defense, can be useful with crowds of invaders and insurrectionists.

The State of Israel finds it works:

"The Israelis appear to be applying a suggestion made by Colonel Rex Applegate in one of his books on riot control in the Sixties—using a .22 rifle to take out ringleaders in a mob"https://t.co/2GJciJoA3K

Trump wanted to use the military, but the disloyal military brass, and especially disloyal Esper, simply refused:

Amid concerns that Trump planned to invoke the Insurrection Act of 1807, Mark Esper, then the secretary of defense, publicly announced that he did not support such a move.

“The option to use active-duty forces in a law-enforcement role should only be used as a matter of last resort and only in the most urgent and dire of situations,” Esper said at a Pentagon press briefing. “We are not in one of those situations now. I do not support invoking the Insurrection Act.”

What Might Have Been: Trump Regrets Not Immediately Sending In US Military To Crush Black Lives Matter Terrorists In Summer Of 2020https://t.co/L4Z2vo8pZU

We've written about earlier reports of Esper's refusal to defend the Capital, the White House, or the United States Of America.

And this attitude is endemic in the military.

"That is where we are now. Society and civilization are on the line. If mob tactics are now how we change laws and alter public policy, the democratic republic is dead and we have gone full Third World." - Pat Buchananhttps://t.co/3vRa2lZhuX#LawAndOrder #GetOffYourKnees

A new GOP President will need to clean house on day one.