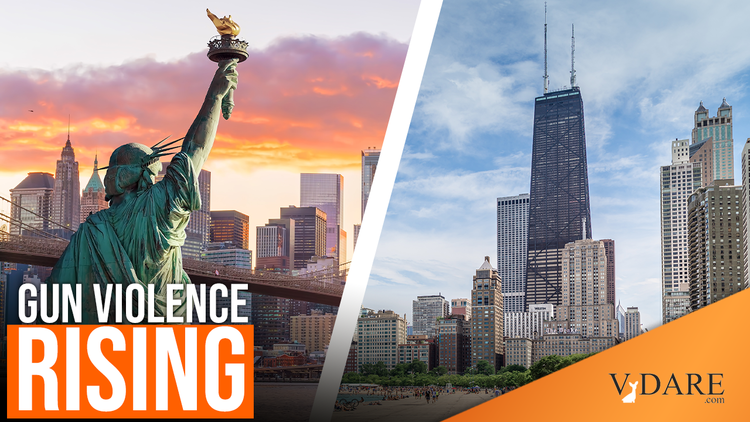 Watch Out, Chicago! New Yorkers Are Warming Up for a Big Weekend Of Gunfire

Earlier: NYT: Murder Rate Rose 31% More from May to June vs. Last Year, But Only Trump Thinks That Had Anything to Do with the Peaceful Protests

Excitement has been mounting throughout the Summer of George over the chances that long sleepy New York City could once again compete head to head with traditionally formidable Chicago in the Weekend Shootings Count. The underdog New Yorkers seem to be gearing up for a late summer push. From the Daily Mail:

New York City saw 11 shootings overnight on Thursday, with three people dead …
Shootings in the city were up 177% in July from the same month last year

Three people are dead and 12 are wounded after a night of shooting mayhem across New York City, where violent crime continues to surge out of control.

Overnight Thursday into Friday morning, there were at least 11 separate shooting incidents spanning Brooklyn and the Bronx, where terrified residents have seen soaring violence in recent months.

It follows the release of surveillance footage showing a brazen broad-daylight drive-by shooting in the Flatbush section of Brooklyn, which left an 18-year-old man dead in an area residents describe as a ‘shooting gallery.’