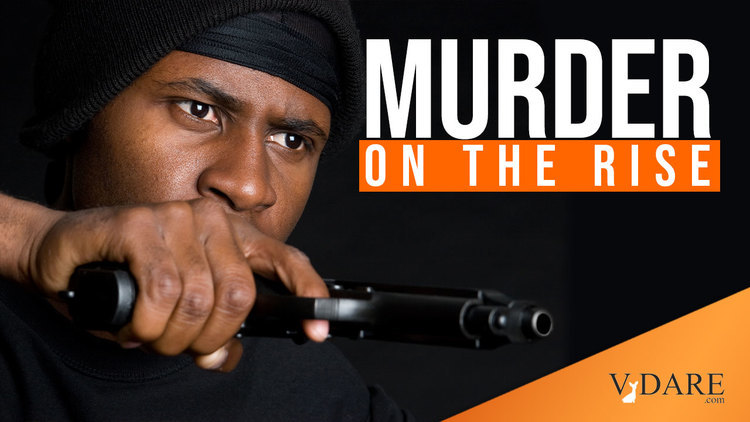 …Crime statistics paint an alarming picture. Murders skyrocketed in many major U.S. cities in 2020, increasing by nearly 37 percent over 2019’s total in a collection of 57 large jurisdictions. The rise was much larger in some places, such as Seattle (74 percent) and Chicago (56 percent). New York, long the national symbol for how crime rates plummeted in the 1990s, saw a nearly 45 percent hike in murders and a 97 percent increase in shootings.…

Experts say a confluence of the global pandemic, economic recession, and the summer’s riots and protests over the killing of George Floyd contributed to the gun-buying surge. No matter the reason, however, it’s clear that safety is top of mind for many Americans.

The columnist isn’t brave enough to attribute the rise in murders to George Floydism, but this is still pretty good for the Washington Post.

One can only hope things go back to normal as the pandemic wanes, but so far, that doesn’t seem to be the case. It may be too early to make a judgment on a clear trend line, but homicides in Philadelphia are already 55 percent ahead of where they were at the same point last year. Chicago murders were up 46 percent from the previous January, while murders in 2021’s first 10 days in New York were more than double the same period in 2020.

Winter murder numbers in the North likely go up and down with the weather: a cold winter probably means fewer murders. So, I don’t pay too much attention to national crime stats vs. the previous year until the weather warms up.

…It has been decades since crime has been a national issue. Years of high murder and gun-violence rates led to a national crackdown in the 1990s. Cities followed New York’s lead in adopting new police tactics while states and the federal government put more criminals behind bars for longer stretches. As a result, crime — especially violent crime — plummeted throughout the decade and continued to drop subsequently. By 2010, the murder rate was less than half its level in 1991, contributing to the urban renaissance that has made places such as New York and D.C. hubs for young professionals and immigrants.

Those with long memories, however, can easily see a parallel between 2020’s crime spike and the 1960s. The urban riots of that era coincided with a dramatic surge in crime. Murder rates increased by 50 percent between 1963 and 1970 and continued to rise into the 1970s. … Millions of people left New York, Detroit and other cities for homes in the suburbs. …

Democrats nationwide will bear the brunt of striking this balance in the years ahead, because they run the federal government and most of the nation’s large cities. They will surely benefit if they can strike the right balance. If they don’t, ambitious Republicans will run a reboot of the 1960-era “law and order” campaign — and will probably see it work just as well today.

Henry Olsen is a Washington Post columnist and a senior fellow at the Ethics and Public Policy Center.