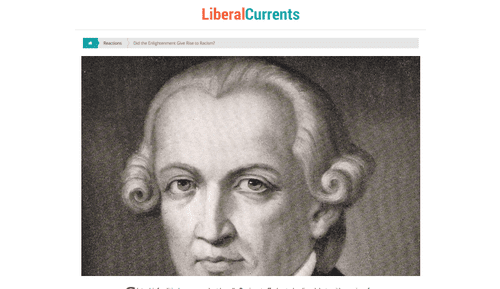 Was the Enlightenment Racist?

The Enlightenment Gave Rise to Racism? Balderdash. Mark Koyama shows that racism goes back millennia, and was amplified by the nationalist particularism of the *Counter*-Enlightenment, not the universalism of the Enlightenment.   https://t.co/EjiUorGFP4 via @liberalcurrents

Today, “racism” has been redefined as noticing reality, such as the existence of various racial groups.

The Enlightenment saw a sizable increase in Europeans’ capacity for systematic noticing — e.g., the racial groupings that Blumenbach came up with in the 18th Century are pretty similar to those Harvard geneticist David Reich finds useful today — so of course The Enlightenment was racist by 2018 science-denialist Slate standards.