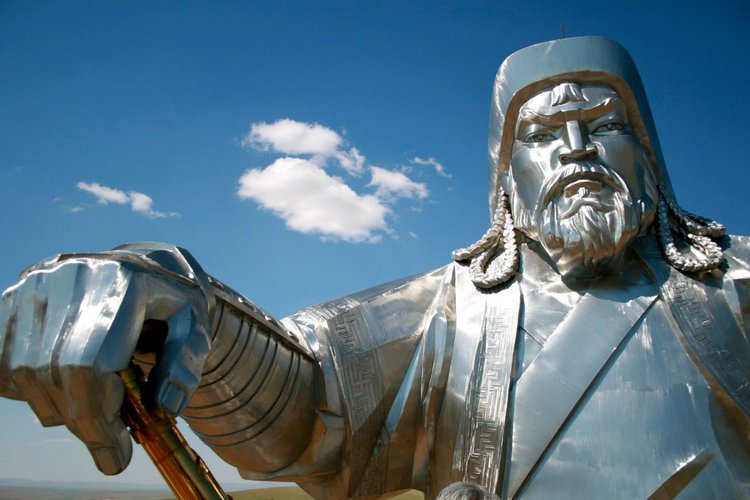 Was Genghis Khan A Dandelion Or An Orchid?

The December 2009 Atlantic contains an article by David Dobbs entitled The Science of Success that tries to take a Greg Cochran-Henry Harpending idea and give it a Malcolm Gladwell-like spin.

Most of us have genes that make us as hardy as dandelions: able to take root and survive almost anywhere. A few of us, however, are more like the orchid: fragile and fickle, but capable of blooming spectacularly if given greenhouse care. So holds a provocative new theory of genetics, which asserts that the very genes that give us the most trouble as a species, causing behaviors that are self-destructive and antisocial, also underlie humankind’s phenomenal adaptability and evolutionary success. With a bad environment and poor parenting, orchid children can end up depressed, drug-addicted, or in jail–but with the right environment and good parenting, they can grow up to be society’s most creative, successful, and happy people.

Dandelions and Orchids are kind of like Malcolm Gladwell's Picasso and Cezannes: Malcolm gave a speech last year to a conference of math teachers on how some students are like Picasso and everything comes quickly to them, while others are like Cezanne, where it takes them a long time before they become geniuses.

Dobbs then explains about how having social workers come into the homes of new mothers can improve their parenting skills.

This is all part of the ongoing trend toward the future Stolen Generation of African-American children. Notice how there are two movies out this month, Precious and The Blind Side, both about how 350-pound impoverished black teenagers' lives can be fixed up by caring social workers and/or white adoptive parents.

... a genetic trait tremendously maladaptive in one situation can prove highly adaptive in another. We needn’t look far to see this in human behavior. To survive and evolve, every society needs some individuals who are more aggressive, restless, stubborn, submissive, social, hyperactive, flexible, solitary, anxious, introspective, vigilant–and even more morose, irritable, or outright violent–than the norm.

All of this helps answer that fundamental evolutionary question about how risk alleles have endured. We have survived not despite these alleles but because of them. And those alleles haven’t merely managed to slip through the selection process; they have been actively selected for. Recent analyses, in fact, suggest that many orchid-gene alleles, including those mentioned in this story, have emerged in humans only during the past 50,000 or so years. Each of these alleles, it seems, arose via chance mutation in one person or a few people, and began rapidly proliferating. Rhesus monkeys and human beings split from their common lineage about 25 million to 30 million years ago, so these polymorphisms must have mutated and spread on separate tracks in the two species. Yet in both species, these new alleles proved so valuable that they spread far and wide.

As the evolutionary anthropologists Gregory Cochran and Henry Harpending have pointed out, in The 10,000 Year Explosion (2009), the past 50,000 years–the period in which orchid genes seem to have emerged and expanded–is also the period during which Homo sapiens started to get seriously human, and during which sparse populations in Africa expanded to cover the globe in great numbers. Though Cochran and Harpending don’t explicitly incorporate the orchid-gene hypothesis into their argument, they make the case that human beings have come to dominate the planet because certain key mutations allowed human evolution to accelerate–a process that the orchid-dandelion hypothesis certainly helps explain.

How this happened must have varied from context to context. If you have too many aggressive people, for example, conflict runs rampant, and aggression is selected out, because it becomes costly; when aggression decreases enough to be less risky, it becomes more valuable, and its prevalence again rises. Changes in environment or culture would likewise affect an allele’s prevalence. The orchid variant of the DRD4 gene, for instance, increases risk of ADHD (a syndrome best characterized, Cochran and Harpending write, ”by actions that annoy elementary-school teachers”). Yet attentional restlessness can serve people well in environments that reward sensitivity to new stimuli. The current growth of multitasking, for instance, may help select for just such attentional agility. Complain all you want that it’s an increasingly ADHD world these days–but to judge by the spread of DRD4’s risk allele, it’s been an increasingly ADHD world for about 50,000 years.

Okay, but consider the single most successful individual of the last millennium from a Darwinian point of view: Genghis Khan. Was The Mighty Manslayer a dandelion or an orchid? And what kind of social worker / adoptive couple would have been ideal for little Genghis?