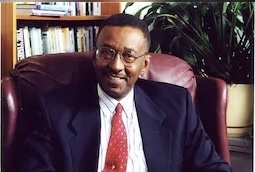 The black economist Walter Williams is a remarkable man. Here's a factoid from his recent column Cultural Deviancy, Not Guns, via LewRockwell.com:

According to the Bureau of Justice Statistics, between 1976 and 2011, there were 279,384 black murder victims. Though blacks are 13 percent of the nation's population, they account for more than 50 percent of homicide victims. Nationally, the black homicide victimization rate is six times that of whites, and in some cities, it's 22 times that of whites...The magnitude of this tragedy can be seen in another light. According to a Tuskegee Normal and Industrial Institute study, between 1882 and 1968, 3,446 blacks were lynched at the hands of whites.