Waiting For Superman In Kansas

A picture tells a thousand words, and the Audacious Epigone has a doozy. 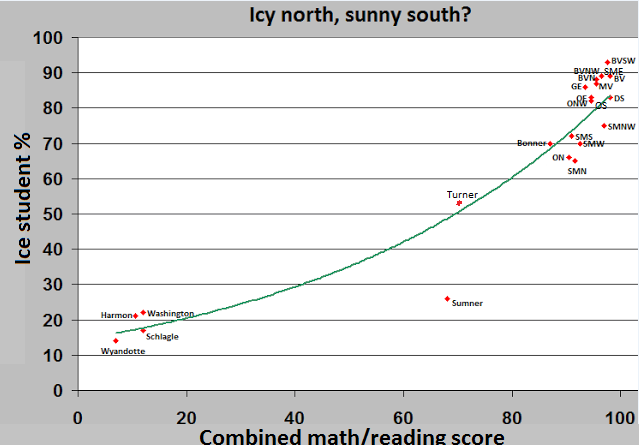 His picture is a two-dimensional scatter plot.  Each dot is one of “the 23 public high schools in the two most populous counties on the Kansas-side of the KC metro area.”

The x-coordinate of each dot is that school’s combined math and reading score.  The y-coordinate is the percentage of Ice People [whites plus Asians] in the school’s student body.

The correlation between a high school's Ice People percentage and its amalgamated math/reading score is a staggering 0.93 (p = 0.0000000003). That is, 87% of a school's performance can be predicted by the racial composition of its student body alone.

When oh when shall we finally, decisively Fix The Schools? <Sigh>