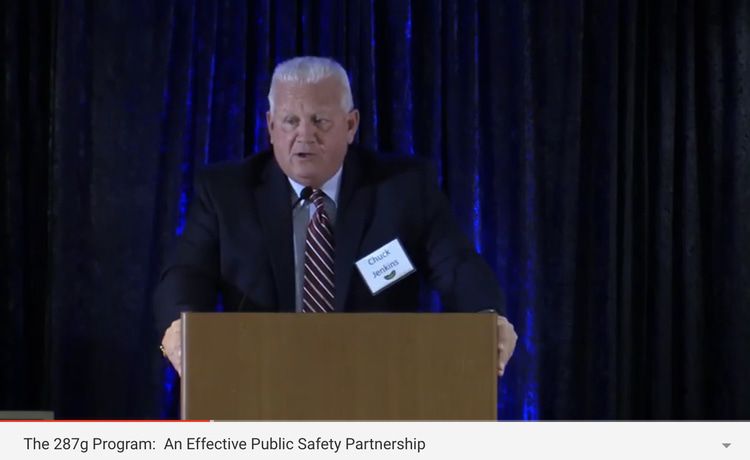 The videos from the 2019 Social Contract Press Writers' Workshop are now online. You can access them all here.

The videos are of four talks delivered at the workshop, and a panel discussion.  They are worth watching because they provide varied perspectives on today’s immigration situation.  And none of them are over an hour in length.

I. Sheriff Chuck Jenkins is the Sheriff of Frederick County, Maryland. The Sheriff discusses  The 287g Program: An Effective Public Safety Partnership, explaining how it really works and not what the Mainstream Media wants you to think of it.

You can watch the video here or here.

II. John Ladd is an Arizona rancher who has a ranch on the Mexican border and thus is all too familiar with the situation on the border.  The title of his talk is Ranching on the Mexican Border.  You can watch the video here or here.

III. Mary Ann Mendoza, co-founder of Angel Moms,  is the mother of the late Sgt. Brandon Mendoza, an Arizona police officer killed in a collision with a drunk and high illegal alien. Her talk is The End Result of Open Borders.  You can watch the video here or here.

IV. Salvadoran-born Casey Diaz is a former gang member who is now a youth pastor and  discusses his former life and current life and the gang problems exacerbated by our immigration situation. The talk is entitled  Gangs at the Border. You can watch the video here or here.

V. The topic of the panel discussion was Big Tech Censorship. It was moderated by Inger Eberhart of the Dustin Inman Society.  Panelists were Tom Pappert, founder of the National File, Ann Corcoran of RefugeeResettlement Watch, radio host Rob Schilling of The Schilling Show of Charlottesville and Jack Michael Posobiec III of One America News Network. You can watch the video here or here.