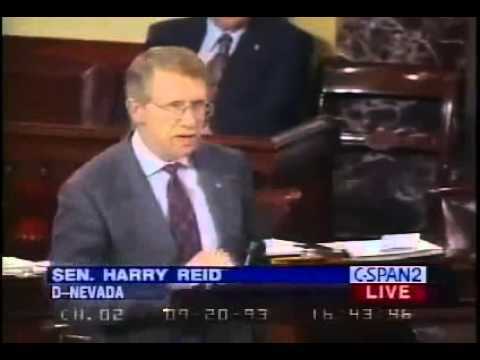 Video: Harry Reid Versus Birthright Citizenship (1993): "No Sane Country" Would Give Citizenship To Children Of Illegals

We've mentioned this before (see Will Sharron Angle Use Immigration Patriot Harry Reid (1993) Against Treason Lobby Reid (2010)?) but it's worth repeating.

"If making it easy to be an illegal alien wasn't enough, how about offering a reward for being an illegal immigrant? No sane country would do that. Right? Guess again! If you break our laws by entering this country without permission and give birth to a child, we reward that child with US citizenship."

The same thing applies to Reid—as a Congressman from a border state, he's all about protecting his constituents from illegals. As a national Democratic leader, he's had it exlained to him that illegals practically are his constituents—once they're on that "path to citizenship."