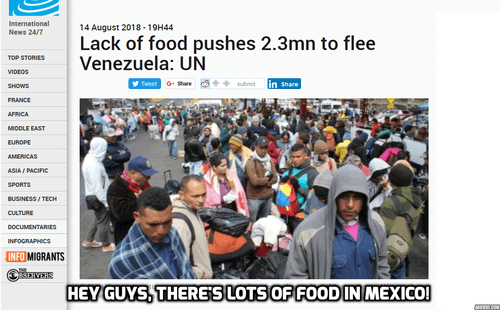 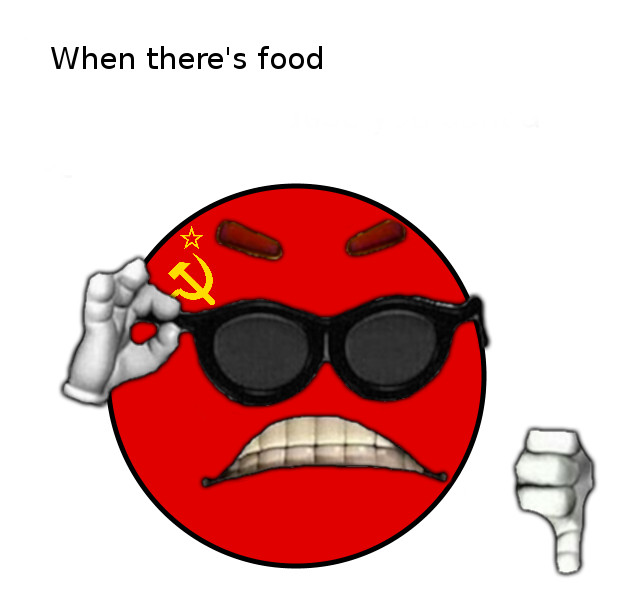 Get ready for another wave of "failure migration," as millions of Venezuelans are on the march, fleeing from the so-called Bolivarian Revolution.

About 2.3 million Venezuelans have fled their crisis-hit country mainly because of a lack of food as severe shortages of medicine has left thousands at risk, the UN spokesman said Tuesday.

The Venezuelans have fled to Colombia, Ecuador, Peru and Brazil.

"People cite the lack of food as their main reason for leaving," said UN spokesman Stephane Dujarric. About 1.3 million Venezuelans are suffering from malnourishment.

Venezuela is likely to get worse before it gets better, as President Nicolas Maduro is having to crack down on his own military following an assassination attempt with a drone. [Venezuela: Military figures arrested after drone 'attack,' BBC, August 14, 2018]

Yet it is not just Venezuela that is going to pay the cost for all of this. Brazil, which is nearing a highly contentious presidential eleciton, is being slammed by this massive refugee crisis. Just as in America, it is the courts in Brazil which are contempously ordering citizens that they must be overwhelemed.

The crossing in the Brazilian city of Pacaraima was closed Monday after Judge Helder Girao Barreto ruled it should be closed until a program to relocate Venezuelan refugees can keep pace with daily arrivals. That decision was reversed by an appellate court, and in a statement federal police said Tuesday the migration patterns had returned to normal.

This was not the first time the northern state of Roraima tried to curb the influx of Venezuelans. It had already urged the appellate court to close the border in April. Soon after that request was denied, Roraima asked the federal government for nearly $50 million to pay for public services for migrants.

This is a systemic problem with the entire globe. When a government fails, it can actually spread the costs of its failure to other nations through mass immigration. And because immigrants and refugees are by their very nature lacking the kinds of roots and networks citizens usually have, they are more likely to push for redistributionist policies, which in turn generate more social failures.

Immigration, in short, is what allows for a global process of degeneration. Immmigraiton is rarely a victory for opportunity and freedom. Usually, it's just a tragedy.