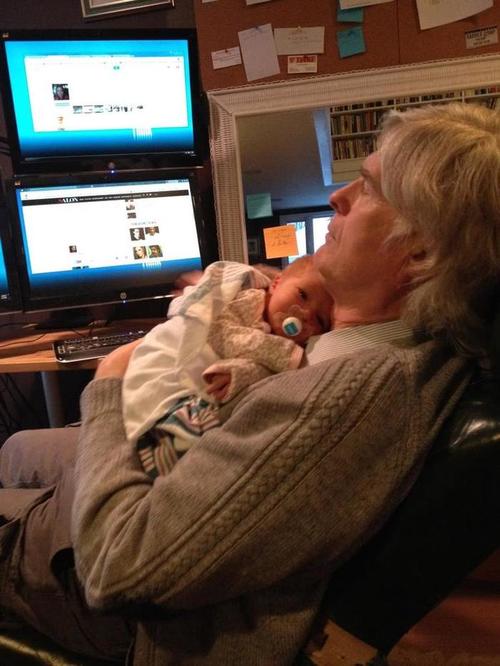 After more than twenty years in the trenches of the immigration war, it takes quite a bit to surprise me.

But the Obama Regime has managed to do it. The unilateral Executive Amnesty imposed by Obama on the American people was far more daring, tyrannical and destructive than anything done by George III.

Indeed, Obama himself said it was illegal—when he was trying and failing to get Congress to pass Amnesty.

What’s even worse (if not quite so surprising to me) is the Congressional Republican Party leadership’s shameful surrender to this treason, and the tacit acquiescence of so much of the Conservative Establishment. They would much rather talk about the need to cut taxes and bomb Iran.

Yet the historic American nation is still here. It’s still fighting. But it desperately needs facts and ideas to defend itself.

And that’s where you come in. We need your help—and your generous donations.

VDARE.com is working very hard to help build an independent patriotic movement that can stand against the Main Stream Media and the Treason Lobby. And we can’t do that without your help.

This is our Spring Fundraiser, and the fact is that, as usual, we’re almost out of money. Money is our secret weapon—it allows us to pay our writers and staff, provide new content, and keep VDARE.com from suffering the fate of many excellent patriot websites that simply burn out. But we live hand to mouth. And we need your help.

With the 2016 election cycle getting underway, it’s more than ever imperative that we accelerate and expand our campaign to make sure our voice is heard and our ideas get into public debate.

This is why I must ask for your (tax-deductible!) support—now.

Our advisers insist that the only way websites get donations is to limit access to donors only.

But we don’t want to do that. There’s too much happening, too much information to share.

We live in ominous times. What I call the Anti-America is now regularly targeting leaders of America for destruction. There are blatant attempts to suppress freedom of speech—by labeling it “hate speech.” In case it isn’t obvious, that’s us. The Left is openly determined to import as many dependents as possible and they want to criminalize criticism. Obama has even broached the possibility of mandatory voting to maximize their political impact!

Once again, inside-the-Beltway lobbying has failed to stop this abolition of America. The ONLY way to resist it is a grass-roots strategy that puts pressure on the politicians from ordinary Americans.

With your support, we make facts and analysis available to American patriots (and, more than you might expect, to the Main Stream Media) for free. We provide the tools that American patriots can use to organize online and in their own communities. But we need your help to continue these programs and expand them.

We are outfunded by the Leftist people-importers. But we aren’t outnumbered.

There’s always a distinct hysterical tone to the Open Borders Lobby, as if American patriots are going to rise up any second and overthrow them. And they are right to think this way. The historic American nation is the sleeping giant of American politics. And every election has the potential for it to be woken and unleashed.

We need to be ready for this time of opportunity, not just to stop bad legislation or expose wrongdoers, but to build a deep resistance against the deliberate destruction of our country. If we don’t do it, there will be nothing left for our children.

And speaking for myself and my little daughter Bo (above), that’s something we will not accept.

Stand with us in this very challenging battle—and help us raise the $40,000 we need in this Spring Appeal.

Please give generously. Please give soon. And please give knowing that your efforts are appreciated—and that together, WE CAN WIN.

From all of us,