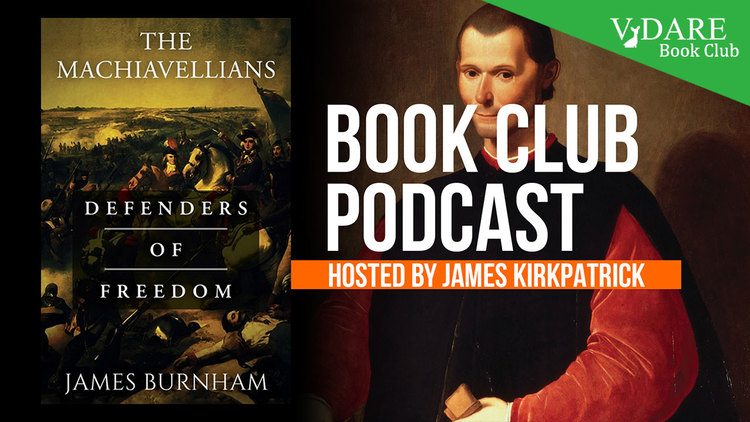 I had a great discussion with Academic Agent on James Burnham’s "The Machiavellians: Defenders of Freedom." We dug pretty deep into the foundations of political philosophy, including the question of whether you need a metaphysical Ideal to rally your followers—or should just stick to practical considerations. Academic Agent probably needs no introduction to many of you, but if you aren’t following his lectures and courses, he’s one of the best content creators, thinkers, and teachers out there.

James Burnham’s role within the American right is likely to become more important than ever. He’s getting a bit of a second wind as conservatives today rediscover his work, especially as we seek to deconstruct the false reality leftists and their media allies have created. However, as AA points out, there is a bit of a dark side to Burnham—and it’s not for nothing that he’s called the first neoconservative.

Don’t miss this discussion and if you haven’t already, join the Book Club.

Next book up is Leviathan by Sam Francis. It’s the closest thing the Dissident Right has to a foundational text, so don’t miss it.