Valerie Solanas, a Role Model for 2020

Earlier: Valerie Solanas: Who Do You Have To Shoot In This Town To Get An Obituary In The NEW YORK TIMES? 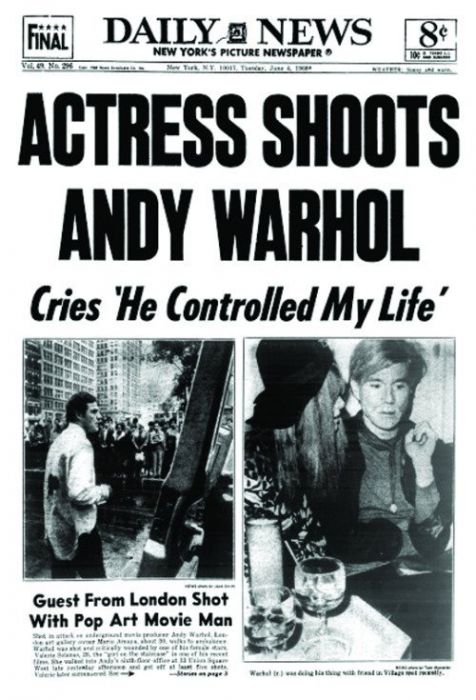 So to sum up, here is a woman who was (but for luck and heroic medical intervention) a murderess. Someone who was clinically insane. Someone who advocated death for half the population and then when pressed on it, allowed as how sterilization would be adequate. Someone who died alone in a flophouse, half eaten by worms because no one cared if she was dead or alive until the stench alerted the other residents.

And this woman is lauded in our supposedly greatest newspaper as an overlooked hero, someone who should be a role model for young women. Her feminist work is separate from her insanity and not a manifestation of it. Girls, don’t you want to be a feminist like Valerie Solanas when you grow up, so that you too will die alone and friendless in the world instead of surrounded by your loving family? (Her only mistake was not getting a cat [or a bunch of cats] so that they could eat her decaying flesh before the maggots got to it, but maybe the flophouse didn’t allow pets.)

But, OTOH our statues of truly great men – Grant, Lincoln, Columbus, Jefferson, etc. should all be torn down and destroyed. The portraits of the medical giants who conquered infectious disease should all be taken down. A society with such ass-backward values deserves to die and it WILL die.