Previously by Paul Kersey: The United States Air Force “Worries About the Lack of Diversity” Among Pilots (93% White) Being ‘Very White and Very Male’… 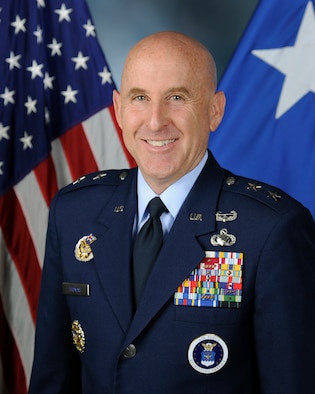 Russia and China deploying next generation technology in their armed forces (hypersonic flight and fighter jets flown via artificial intelligence) is of no concern to our top brass in the U.S. Air Force, because we have a secret ingredient we’ve barely begun to tap into and utilize for undeniably advantageous military superiority.

Do you know what it is? Maj. Gen. Ed Thomas, right, the commander of Air Force Recruiting Service, will now tell you. But, spoiler alert, it’s diversity and embracing the goal of replacing white men—who constitute nearly 9 of every 10 of our Air Force Pilots—with non-whites.

All in the name of George Floyd.

The tragic death of George Floyd and recent events have fueled widespread protests and a renewed call for racial equality nationwide. Amid this, our country has been compelled to reflect on issues that are often uncomfortable, and leaders have been driven to examine their organizations in ways like never before. The Air Force, in many ways, is no different. But as a war-fighting organization we cannot afford to squander this moment, because our future — and national security — depends on it.

Pursuing equality means we must be sure that we are attracting the most capable members of our society, from all races and walks of life, as we prepare for the next fight. This fighting force should be highly capable while reflecting the diversity of the country we serve.

Pentagon leaders didn’t need to explain the why, although Gen. David Goldfein, our former chief of staff, did that in calling diversity “a war-fighting imperative.” It’s been clear for some time that our progress in better reflecting the society we serve has been too slow. 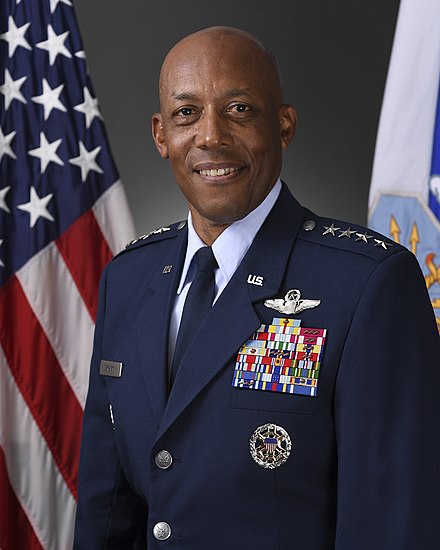 Air Force Chief of Staff Gen. Charles Q. Brown Jr. [Right], the first African-American to lead any branch of the military, has called on us to accelerate change or risk losing ground to Russia and China, both of which are integrating potential game-changing technologies like artificial intelligence and hypersonic flight. We need both the best technologies and the best people to win. Improving our diversity falls squarely in Brown’s mandate.

The competition to attract the best and brightest recruits is getting tougher all the time, and our connection with society grows more fragile every day. Survey data shows that only one-quarter of American youth between the ages of 17 and 24 are qualified for military service for a variety of reasons, which include aptitude, chronic health conditions, obesity or drug use. The pool is ever shrinking: In 1995, 40 percent of Americans ages 16 to 24 had a parent who served in the armed forces. Today that number is 15 percent. The result is that only about 1 in 10 young Americans say they are interested in serving in the military.

We simply can no longer afford for significant segments of our society to be underrepresented in our U.S. Air Force or our newest branch, the U.S. Space Force.

To be clear, the Air and Space Forces are not setting quotas based on race or gender. We will, however, focus intensely and concentrate our efforts in traditionally underserved communities. It wouldn’t be legal or productive to hold recruiters accountable for bringing in a certain number of recruits from various demographic groups. But if we see that we’re not hitting recruiting targets that mirror the qualified population in those categories, we will adjust to concentrate on areas where we can get a more representative balance in our applicant pool. To use a fishing analogy, recruiters must not only cast a wide net but ensure we are spending time in the right fishing holes.

And by measuring those targets, we’ll employ the old management axiom that what gets measured gets done. And we’ll get it done.

While we are meeting or exceeding nearly all demographic targets in our enlisted ranks, inside our cockpits is where we have the greatest disparities and opportunities for improvement. In all, 86 percent of our aviators are white males. Less than 3 percent of our fighter pilots are females. This is why we established a detachment within Air Force recruiting two years ago charged with improving diversity for those who wear flight suits. The mission of Detachment 1 is to bring a singular focus to recruiting qualified women and minorities who have not always felt they belonged.

Our goal is to get in front of every demographic group in America and show them someone who wears a flight suit every day they can look up to and say, “That could be me.”

There is evidence to suggest we can do significantly better in diversifying our aviator ranks. Fifty years ago, just before the advent of the all-volunteer military, there was a paucity of women doctors and lawyers in the U.S. Only 4 percent of attorneys were female. Today that number is 37 percent. The same was true for doctors: In five decades we’ve gone from 8 percent to 36 percent, and last year women outnumbered men in medical schools for the first time. The time is now to make similar progress.

Our research data is clear on something else — the importance of exposure to aircraft and flight. We’ve set up programs like Aim High Outreach and the Aim High Flight Academy to get young people into aircraft. We’ve set up educational programs that allow both youth and their influencers to ask aircrew members and experts how to join the Air Force, how to qualify for a flying position and what it’s like to have a career in military aviation. It is the same kind of dedicated outreach that the legal and medical professions began decades ago.

I am amazed to still hear about young men and women who meet a pilot who, for the first time, looks like them. Too often the teen will say, “I didn’t know you could do that.” Well, they can. And we’re going to make that clear to the next generation of young Americans.

If in some future war with Russia or China the United States is defeated, will it truly matter if we won the moral victory by replacing racially superfluous white men with non-whites in the cockpits? If diversity is a “war-fighting imperative,” why not just ban white men from applying for flight school?

Anything deemed “too white” is axiomatically morally bad and in need of an immediate melanin infusion, because only systemic racism could keep an organization, company or profession insufficiently diverse (i.e., devoid of a majority of white individuals).

How hard to you think the top generals in the respective air forces of China and Russia are laughing when they read this type of insanity from Maj. Gen. Thomas?