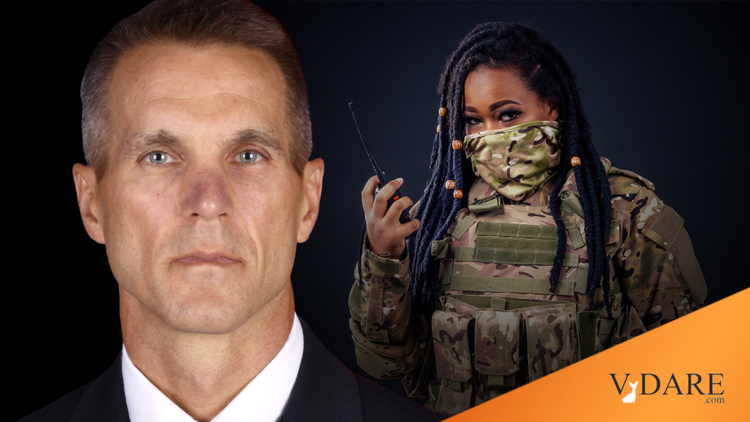 So what’s the point of a military again, when our ever increasing diversity should be the ultimate shield against foreign invasion and threats from China and Russia? From an official Tweet quoting Gen. Richard Clarke, who is the commander of the United States Special Operations Command (USSOCOM):

“Diversity and inclusion requires action. It requires decisions and it requires leaders that must put themselves out there and must make purposeful decisions,” Gen. Richard Clarke, commander, USSOCOM speaking at Tampa ROCKS, Inc. over the weekend. Diversity strengthens #SOF.

The Rocks, INC, is a black officers' group dating from the 1960s, when anti-black discrimination in the military was still credible. There are no white officers groups, and if their were, no Generals would be speaking to them.

For those unaware of how vital USSOCOM is, here’s a quick explanation:

USSOCOM develops and employs fully capable Special Operations Forces to conduct global special operations and activities as part of the Joint Force to support persistent, networked and distributed Combatant Command operations and campaigns against state and non-state actors to protect and advance U.S. policies and objectives.

Empowered SOF Professionals, globally networked, partnered and integrated, relentlessly seeking advantage in every domain to compete and win for the Joint Force and the Nation.

For those keeping track at home, here’s an equation for you: Diversity and Inclusion > Protecting America…