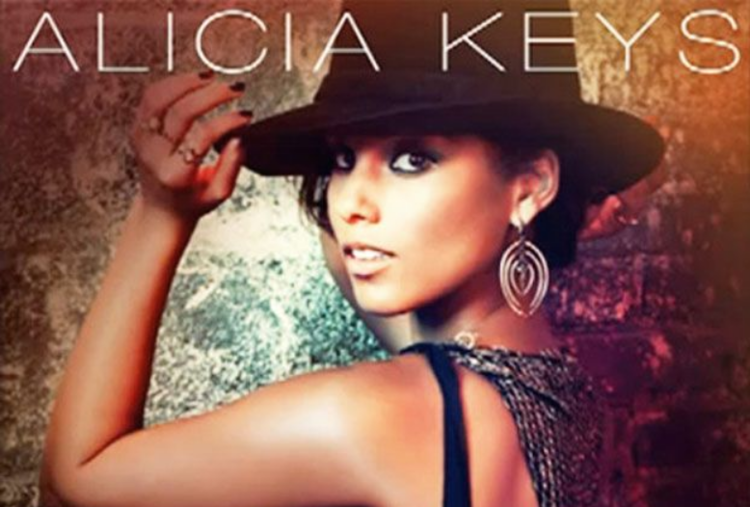 UPDATED:Interracial Marriage as the Path to Interracial Understanding And AK-47 Bling

Singer Alicia Keys, who was raised by her white mom after her black dad split, provides another example of how interracial mating automatically creates transracial amity and understanding among the mixed race offspring:

Keys, 27, said she's read several Black Panther autobiographies and wears a gold AK-47 pendant around her neck "to symbolize strength, power and killing 'em dead," according to an interview in the magazine's May issue, on newsstands Tuesday.

Another of her theories: That the bicoastal feud between slain rappers Tupac Shakur and Notorious B.I.G. was fueled "by the government and the media, to stop another great black leader from existing."

Keys' AK-47 jewelry came as a surprise to her [white] mother, who is quoted as telling Blender: "She wears what? That doesn't sound like Alicia."

Despite careful inspection of the pendant in the picture above, I can't quite tell if that's an AK-47. As they say at the end of every scientific paper ever published: More research is necessary!

Update: An indefatigable iSteve reader has done the more research necessary and found this photo of Alicia wearing her Huey Newton leather coat, Eldridge Cleaver shades, and her own AK-47 pendant. And yet, if Alicia Keys were 47-years-old, making the whole "AK-47" thing even more appropriate, theoretically-speaking, it would somehow be less cute.

In the meantime, AK, enjoy it while you've still got it.