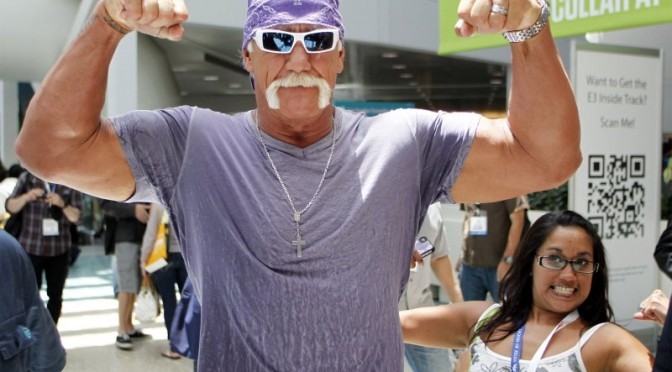 However much of a career Hulk Hogan had left is now over.

Radaronline.com has disclosed a secretly-recorded tape that features the wrassler’s n-word-laced tirade about his daughter’s possible sexual encounters with blacks.

He also attempts to use bizarre, twisted logic in an attempt to justify his bigotry at the man.

“I don’t know if Brooke was f*cking the black guy’s son,” Hulk raved, the sources add.

“I mean, I don’t have double standards. I mean, I am a racist, to a point, f*cking n*ggers. But then when it comes to nice people and sh*t, and whatever.”

Then, in a tirade to rival the racism embarrassments suffered by Mel Gibson and “Dog The Bounty Hunter,” Hulk unloaded even more hatred!

According to sources, he said: “I mean, I’d rather if she was going to f*ck some n*gger, I’d rather have her marry an 8-foot-tall n*gger worth a hundred million dollars! Like a basketball player!

“I guess we’re all a little racist. F*cking n*gger.”

UPDATE: I was right. Hulk Hogan's career is over.

Pro-wrestling megacorporation WWE has canceled his contract and disappeared him from its website.

We can be certain more will be done.