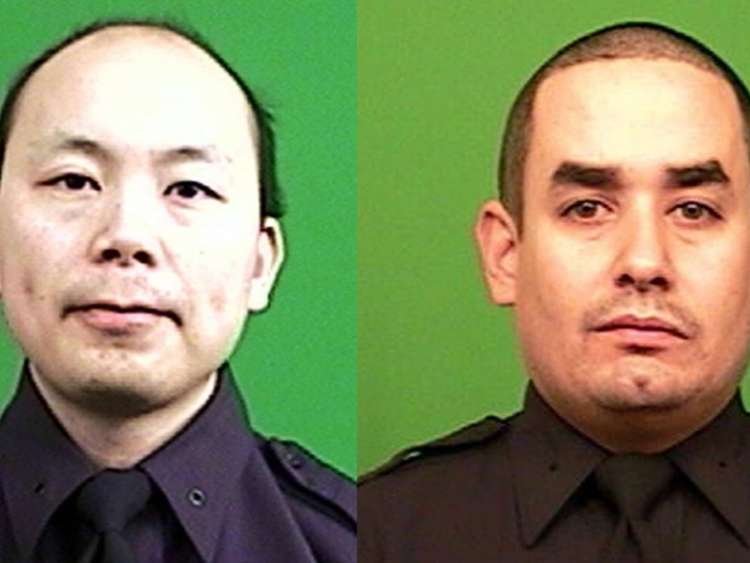 According to the NY Daily News, two NYPD officers were ambushed in Brooklyn.  One officer was apparently shot in the head.

Two NYPD cops were shot when a suspect ambushed them as they sat in a patrol car in Brooklyn on Saturday afternoon, police sources and witnesses said.

The shooting took place outside of the Tompkins Houses, near Myrtle Ave. and Tompkins Ave. in Bedford-Stuyvesant, about 3 p.m., cop sources said.

“The perp came out of the houses, walked up behind the car and lit them up,” a high-ranking police official told the Daily News.

At least four witnesses who saw the shooting provided an identical account to a Daily News reporter, but declined to provide their names.

Both officers were rushed to Woodhull Hospital. Their conditions were not immediately clear.

Just after 4'o clock.  The New York Post reported that the officers had died.

Two uniformed NYPD officers were shot dead — execution style — as they sat in their marked police car on a Bed-Stuy, Brooklyn, street corner.

According to preliminary reports, both officers were working overtime as part of an anti-terrorism drill when they were shot point-blank by a single gunman who approached their car at the corner of Myrtle and Tompkins avenues.

“It’s an execution,” one law enforcement source told The Post of the 3 p.m. shooting.

The gunman just started “pumping bullets” into the patrol car, another source said.

The suspected gunman fled to a nearby subway station at Myrtle and Willoughby avenues, where he was fatally shot. Preliminary reports were unclear on whether he was shot by police or his own hand.

This is one day after a small pro-NYPD demonstration took place at City Hall, which was predictably counter-protested by "anti-racist" demonstrators and given the usually sneering coverage by Gawker and their ilk.  ["I Can Breathe,": An Evening with the Men of #ThankYouNYPD, by Brendan O'Connor, Gawker, December 21, 2014]