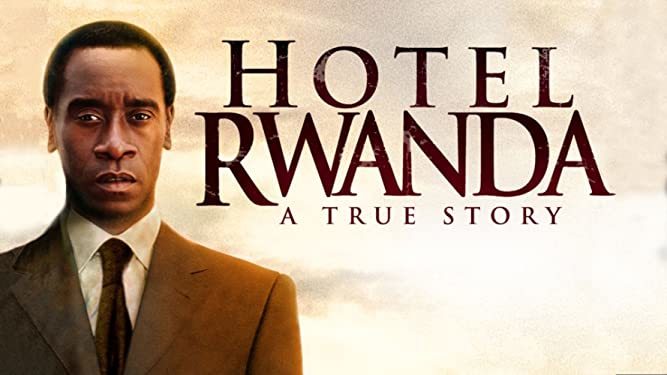 After the 1994 genocide in Rwanda, it became common to proclaim in the press that there aren't actually any average differences between the Nilotic Tutsis and the Bantu Hutus, that Tutsis don't actually tend to be taller than Hutus, that these perceptions are just some sort of mass delusion socially constructed by Belgian colonists.

I can understand why the Tutsi minority that has ruled Rwanda for the last 17 years, and has ruled the Hutu majority in neighboring Burundi for the last half century, wants to propagate a myth intended not only to keep them unchopped up, but also keep them in power undemocratically. But having never felt the urge to chop up a Tutsi, I don't feel much compulsion to believe it, just as I don't feel the compulsion to avoid noticing that most of the people in the news in recent decades in Mexico (e.g., Vicente Fox, Jorge Castaneda, Carlos Slim, or Subcomandante Marcos) don't appear to be terribly Indian by ancestry, even thought the Mexican ruling class made up the La Raza Cosmic ideology/mythology in the 1920s to prevent further race wars.

Razib Khan decided to check out the genetics of this assertion, so he looked for a volunteer for his genetics project. He eventually found somebody who was 3/4th Tutsi and 1/4th Hutu. Sure enough, even with a sample size of N=0.75, he can see that Tutsis show up as different than Bantus.

Still, that raises the question of how in a culture with some degree of intermarriage over the last 500 years, can you still have somewhat distinct Tutsis and Hutus. I think an instructive analog for Rwanda is Mexico. Both were invaded by taller people about 500 years ago. Despite twenty or so generations of intermarriage, taller people still tend to rule there. (E.g., the previous president of Mexico is 6’5?). In my movie review of “Hotel Rwanda,” I explained a likely mechanism for these patterns:

Unfortunately, the screenplay aims at self-absorbed white liberals who think all Africans look alike and that white racism is the root of all evil. The script even claims that it’s merely a white myth that Tutsis tend to be taller than Hutus, asserting that the Belgian imperialists arbitrarily assigned those identities to random Rwandans. Yet, soon the Hutu Power radio station is broadcasting the prearranged code to begin exterminating the Tutsis: “Cut down the tall trees.”

Rwanda’s true history is more instructive. The medium-height Bantu Hutu farmers arrived 2,000 years ago and drove the pygmoid hunter-gatherer Twa into the forests. Then, about the time of Cortez, the tall, slender Tutsi herdsmen invaded from the north and, according to Gary Brecher, the acerbic “War Nerd” columnist, “claimed all the land, on the legal basis that if you objected they’d kill you.”

The Tutsi rulers treated the Hutu peasantry with the same contempt the Norman lords display toward the Saxon yeomen in Sir Walter Scott’s Ivanhoe. Commenting on Rwanda’s “indigenous racism,” Congo-born sociologist Pierre L. van den Berghe reported that the Tutsis, like other aristocracies, saw themselves as “astute in political intrigue, born to command, refined, courageous, and cruel.”

The Tutsi ascendancy resembled the white pre-eminence in Latin America. Intermarriage was frequent, yet physical differences between the classes endured, just as they have in Mexico, where despite five centuries of intermarrying, the elite remains much taller and fairer than the masses. The trick is that Mexico’s most successful short, dark men often wed tall, blonde women and have more European-looking offspring, thus replenishing the caste system.

Likewise, in “Hotel Rwanda,” Cheadle’s ultra-competent Hutu executive is married to a Tutsi beauty who is taller and fairer than he is. (She’s played by Sophie Okonedo, whose mother is a Jewish Englishwoman.)

I gotta say, that while I have my weaknesses as a movie reviewer, I don't think too many other critics offer novel explanations for major global conundrums in the course of reviewing the Movie of the Week.