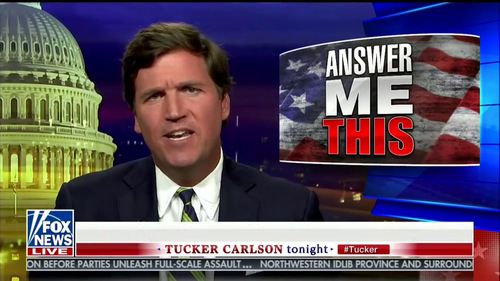 On Friday’s show, Tucker Carlson smacked down the leftists’ emotional belief in the anti-human ideology of diversity. Liberals cling to diversity uber alles despite the obvious tribalism of our species: people normally prefer the company of those who speak their language, share their values and understand their jokes.

But liberals insist that America is improved by the presence of jihad-pursuing Muslims and misogynous Mexicans. Many psychology realists beg to differ.

Diversity ideology is so strong among elites that they import historic enemies as immigrants; e.g. Muslims in Norway burn the flag of the nation that admitted them, shown below. 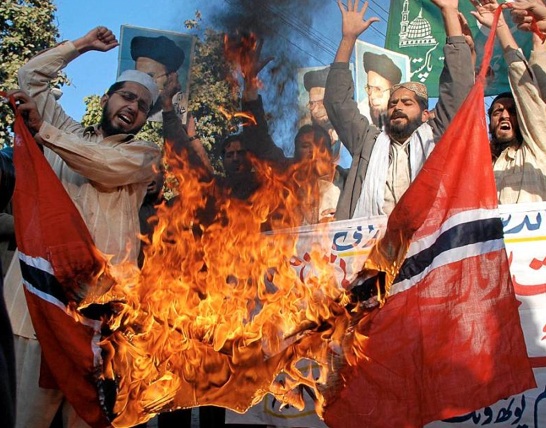 The relevant segment of Tucker Carlson Tonight started with Democrat luminaries Barack Obama, Bernie Sanders, Joe Biden and Hilary Clinton all pledging allegiance to diversity as our strength, but Tucker responded with important questions—starting with a destabilizing level of immigration—that require serious answers from elite Washington:

How has our current immigration system made America more stable and more prosperous? In your answer, please explain what happened to the state of California—it used to be called the Golden State, had a thriving middle class, had the country’s best schools. Now the schools in California are a complete disaster, the middle class is vanishing and the nation’s largest mass of impoverished people remains behind to serve a tiny pool of tech oligarchs. How exactly did that happen?

Next, how precisely is diversity our strength? Since you’ve made this our new national motto, please be specific, as you explain it. Can you think, for example, of other institutions such as, I don’t know, marriage or military units in which the less people have in common the more cohesive they are? Do you get along better your neighbors or your co-workers if you can’t understand each other or share no common values? Please be honest as you answer this question.

And if diversity is our strength, why is to okay for the rest of us to surrender one of our central rights—freedom of speech—to just a handful of tech monopolies? And by the way, if your ideas are so obviously true, why does anyone who questions them need to be shamed, silenced and fired? How about this question—after spending two centuries overcoming our country’s painful history of racial discrimination and hatred, why is it once again acceptable, even encouraged, to attack people on the basis of their skin color? And by the way, since we are asking, if it’s now possible to change your sex, is it possible to change your race too? If not, tell us why and be specific.

More challenges to bad liberal ideas and performance follow, but this discussion is about diversity which really needs to be dethroned, and Tucker Carlson is quite good at asking the right questions.