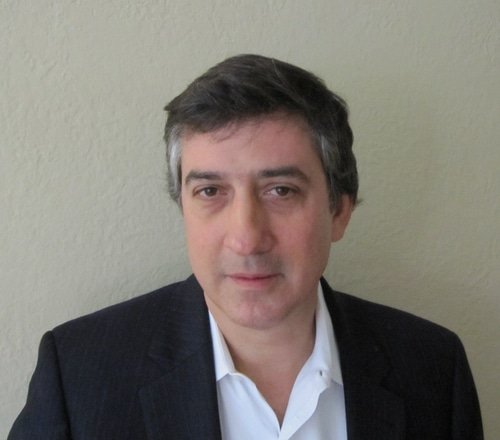 Michael Tomasky is very upset Donald Trump brought up the obvious example of Dwight Eisenhower to explain why it's perfectly realistic to talk about deportation. He has an interesting lede.

I don’t know about you, but I think it says something interesting that in the eight presidential campaigns I’ve covered and written about, this is the first time I’ve seen the need to weave The Daily Stormer into my normal news diet. But how could one not, with Donald Trump still walking among us? The neo-Nazi Stormer has loved The Donald ever since the famous Mexican rapists speech, so when Trump invoked Dwight Eisenhower last night as the last president who understood how to get those people out of the country, I knew immediately which trusted news source I wanted to go to first. James Kirkpatrick’s write-up did not disappoint. He opened his dispatch with the complaint (legitimate, it must be said) that Marco Rubio has now walked off the stage of four debates without having been asked to utter a word about his immigration reform support of 2012. When he turned to Trump, the Stormer correspondent first sniffed about the candidate’s “usual lack of polish.” There followed a string of Trump criticisms, but then came the bolt of thunder: “But none of that matters as Trump stood strong even while being aggressively pressed on immigration… This represents a milestone in the immigration debate. At a stroke, Trump demolished the argument that deporting illegals is not feasible. The only question now is whether we have the will to do it.” [Trump's 'Operation Wetback' Delusion, The Daily Beast, November 11, 2015]

When you're on the Alt Right, you are finding out new stuff from the liberal media all the time. Apparently, I'm now a columnist for The Daily Stormer. And that fact underlies Tomasky's entire exercise in snark.

Of course, your humble correspondent (who will henceforth be known as James "The Thunderer" Kirkpatrick) writes for VDARE.com. The Daily Stormer occasionally and independently samples some of the work here, much like American Renaissance and other sites also sample news stories.  It's the small lies and omissions like this that underlie so much of the left wing Narrative.

Let's get into the meat of this piece. Aside from the overwrought signaling you would expect from The Daily Beast as it continues to transform into a slightly less rational version of Salon, Tomasky makes two claims.

The first is the leftist argument for everything

Would we really do something like that today? No, we wouldn’t. Those were different times.

It's The Current Year!

But there's a second argument.

But the main point isn’t even that we wouldn’t do it today. The main point is that we couldn’t even if we had a president who wanted to. In the 1950s, most of the Mexicans in the United States illegally, in fact virtually all of them, were single males (or maybe married men, but alone) who came here to work. So they were solo players. And they were typically located in only a handful of places—Los Angeles, San Francisco, some other cities, the border area itself...

It’s a practical impossibility. And that’s to say nothing of the mountains of lawsuits that would quickly pile up. Oh, and also public opinion, which strongly supports legalization over deportation. Sharry says the ratio is about four-to-one among the general public, but that even among Republicans, it’s 60 percent for legalization, 20 percent who would prefer deportation but don’t think it’s practical, and the remaining 20 percent who are over in the Trump-Stormer corner.

Several points here. First, I note in passing how this is just another example of how the immigration problem moves swiftly from "it's not a real problem and if you worry about it you're a paranoid lunatic" into "it's too big we can't do anything about it."

Contra donor class rhetoric about putting the issue "behind us," each day the government refuses to enforce immigration law only increases the scale of the problem and makes it more difficult to deal with. And something has to be done. After all, even Tomasky makes noise about immigrants having to follow some "new rules." But why would they - or should they - when the rules in place now are simply ignored?

How to do this? As we've exhaustively talked about at VDARE.com for years, attrition through enforcement is a very reasonable strategy. Even Eisenhower's operation didn't actually deport every single illegal immigrant, as most quickly got the message America was serious about enforcing the law and left. People respond to incentives.

Donald Trump is talking about creating a "Deportation Force," which may be necessary. But what will be more important is reducing the incentives for illegal immigrants to stay here, mostly by enforcing laws already on the books. Ways to do this include:

Indeed, even Martin O'Malley supported that last step when he was governor of Maryland. Now, as part of his effort to discredit his own record as he runs for President, he's eating dinner with illegal immigrants to show how Totes-Not-Racist he is [Martin O'Malley to eat dinner with illegal immigrants in campaign pitch for votes, by Stephan Dinan, Washington Times, November 11, 2015]

As Trump said, "We have no choice." The question before the American people in this election is whether or not we are to remain a country, or simply be transformed into a Third World boarding house to be used for cheap labor. The reason Tomasky is worried about Trump's plan to preserve the existence of the historic American nation isn't because he's afraid Trump's plan won't work. It's because he's afraid it will.