Just another typical story out of 21st century post-America, where lives only matter if they can further the Narrative. There was a man named Thomas Shaw Jr., an active citizen, businessman, father, grandfather, and great-grandfather. He had a family owned plumbing, heating and air conditioning company which provided 20 jobs. After he retired, he went into real estate, which of course necessitates collecting rent. At any other time in history, we'd call him a model citizen.

But in Montgomery, AL (home of the Southern Poverty Law Center), collecting rent and traveling the streets in safety is one of those things you can simply no longer do. And in modern America, the Main Stream Media, academia, and the political elite endlessly incite hatred against people like Shaw. This trickles down to the System's client class, the seething dependents of Third World America's urban hellholes.

Shaw was murdered, allegedly by one Corwin Walker. According to police, Walker culturally enriched Shaw in the form of stabbing him to death. [Man faces capital murder charge in Highland Ave. stabbing, by Andrew Yawn, Montgomery Advertiser, August 3, 2016] 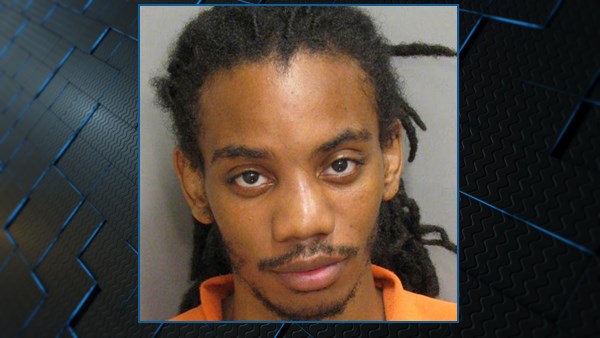 Shaw was well known for being a vocal supporter of Donald Trump. Along with friends, he created the "Stumping for Trump" bus tour. One friend recalls:

We started this movement, the Stumping for Trump bus tours and Tommy drove his motorcoach all over, from the Wiregrass to Auburn. We'd pull up with music playing and t-shirts and Tommy loved it.

[Well-known businessman killed at work remembered by many in River Region, by Lindsey Rogers, WSFA, August 6, 2016]

Trump was also a kind of role model for Shaw, who by all accounts was a driven but generous man. One suspects Trump was the reason Shaw got into real estate after he retired.

"He wanted to get the best people on office who would do the best job for the people of this state," [Shaw's best friend Ron] Creel added. "Donald Trump doesn't know this, but he was Tommy's mentor. And then when he decided to run for president, Tommy just lit up like a Christmas tree."

"He generously gave of his time and resources to volunteer for Republican candidates and causes, most recently as an integral member of the Trump Campaign in Alabama. Tommy was always ready to donate and drive his personal bus throughout Alabama and the southeastern states. It is rare to find such a committed and giving person. He will be greatly missed," said Pat Wilson, chairwoman of  the Montgomery County Republican Executive Committee.

Shaw's name will not be a hashtag. There will be no huge protests or heavily funded activism efforts to demand justice for his murder. Indeed, don't speak up too loudly about the realities of crime in 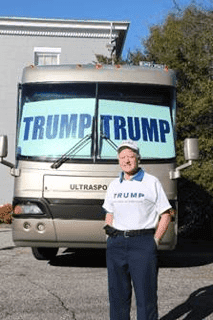 Montgomery or anywhere else in the country or else the SPLC will do its best to destroy your life. Noticing patterns is seen as far more immoral in our collapsing country than being a murderer. Just save your money and try to move away and isolate yourself from it all. (Until the feds dump a Section 8 housing development in your town and you have to do it all over again.)

The funeral and burial have already taken place but you can read Shaw's obituary and sign the guest book here— [In memory of Thomas Shaw Jr., Legacy.com]