The Horror, the Horror: Hungarian Xenophobia Is Raising Standard of Living of Hungarians 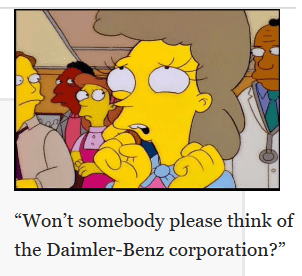 With unemployment at a record low, the government is working on steps that will shift state efforts from job creation to raising productivity, Varga told Figyelo in an interview published Thursday. Average monthly salaries after taxes rose 8.4 percent in January-May compared with last year to 180,800 forint ($646), including a 12.3 percent jump for state employees, according to statistics office data excluding public works jobs.

“I think in the next one-and-a-half years there will be a radical increase” in wages, which “won’t be because of productivity gains but fundamentally because of labor market demand,” Varga told Figyelo. “We need to come up with a development plan this year, if possible, to react to this changing environment.”

Hungary’s jobless rate plunged to a record 5.1 percent in the second quarter. …

The economy minister’s statement last month that he agreed with employers on the need to import workers to fill vacancies caused a stir in Hungary, where Prime Minister Viktor Orban has gained support by advocating a “zero immigration” policy amid the biggest refugee wave to Europe since World War II. The government will hold a referendum on Oct. 2 as it seeks the popular mandate to oppose the settlement of migrants within the European Union via mandatory national quotas.

The government needs to take steps to improve the flow of workers to the regions facing the most dire shortages. The dearth of available labor most recently prompted a company in the car industry to invest elsewhere, Varga said, without naming the investor.

On the other hand, Daimler AG’s Mercedes-Benz unit picked Hungary last week as the site of a second factory, which it will build next to an existing one in the central city of Kecskemet for an estimated 1 billion euros ($1.1 billion).