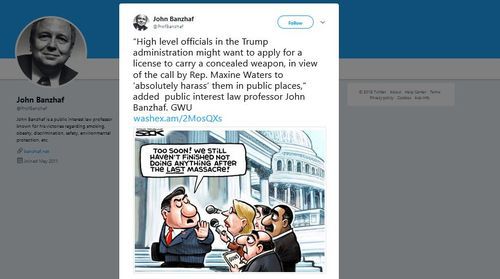 Trump Staffers Are Encouraged to Arm Themselves In Self Defense

It’s a frightening new sign of the times that the liberal mob is turning into a real threat to safety, to the degree that Trump staffers are warned they should acquire firearms and learn how to use them.

Actually, if I were a public conservative in Washington I would have weaponed up immediately after the attempted mass murder that nearly killed Republican Congressman Steve Scalise during a GOP team baseball practice. Only the presence of Scalise’s security detail because he is the House Majority Whip prevented a bloodbath of dead Republicans.

In fact, Rep. Chris Collins (R-NY) said after the shooting that he would carry a concealed weapon, and it’s likely others do too.

It’s disturbing that the left has whipped itself into such extreme agitation with its Trump Derangement Syndrome that some appear on the verge of serious violence. With Hillary Clinton as their guide, some Democrats remain in denial about Donald Trump being president and elected fair and square. It’s ugly to watch, and we have no way to know how far the refusal to accept President Trump as legitimate will go.

Below, the Red Hen restaurant in Lexington, Virginia, where the owner forced Trump Press Secretary Sarah Huckabee Sanders and her family to leave for being part of the administration. Perhaps the proprietor should rename her restaurant the Red Guard Cafe, after the marauding Chinese commie gangs of the 1960s for honesty in advertising. 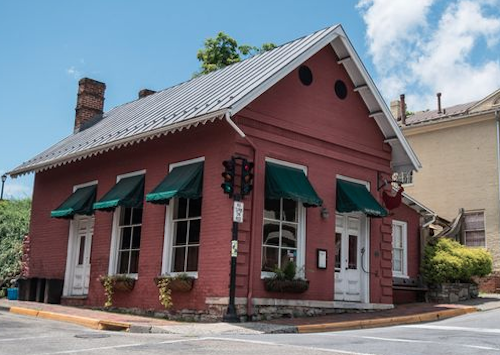 So it’s reasonable for public Republicans to think about armed self-defense.

Trump aides urged to get a gun, Washington Examiner, by Paul Bedard, June 25, 2018

Facing a new wave of potentially dangerous threats, called for by a top Democratic lawmaker, legal and gun experts are calling on top Trump aides to get their concealed carry permit and back it up with a pistol.

“There are simply not enough police in D.C. or Virginia or Maryland to protect all Trump officials at their homes and when they go out to restaurants. Getting a concealed handgun permit would be helpful to protect themselves and their family,” said John R. Lott Jr., president of the influential Crime Prevention Research Center.

“High level officials in the Trump administration, especially if their faces are likely to be recognized by many in the public as a result of appearances on TV, might want to consider applying for a license to carry a concealed weapon in the District of Columbia, and/or other states they frequent, in view of the call by Rep. Maxine Waters for the public to ‘absolutely harass’ these officials in public places, and other recent events indicating the increased danger they are in,” added public interest law professor John Banzhaf.

Trump admin officials can get DC gun carry permits to defend themselves from the crazies who obey Maxine Walters. https://t.co/CBgTI1dyWn

And Emily Miller, who wrote a book about the difficult process getting a gun permit in “Emily Gets Her Gun,” tweeted, “Trump admin officials can get DC gun carry permits to defend themselves from the crazies who obey Maxine Walters.”

Mark Smith, author of #Duped: How the Anti-gun Lobby Exploits the Parkland School Shooting – and How Gun Owners Can Fight Back, added, “While I do not think Maxine Waters wishes violence on anyone including on Trump supporters, the reality is her rhetoric that liberals should ‘harass’ Trump supporters could easily be misconstrued by someone predisposed to criminal violence as encouragement to commit violence on Trump supporters and staff.”

“High level officials in the Trump administration might want to apply for a license to carry a concealed weapon, in view of the call by Rep. Maxine Waters to ‘absolutely harass’ them in public places,” added public interest law professor John Banzhaf. GWUhttps://t.co/iTwJSoCJLv pic.twitter.com/BljX5sRfoF

Interestingly, citizens including Trump staffers can own firearms for their personal protection in part because of the important Heller decision by the Supreme Court in 2008.

At CPAC last February, Emily Miller interviewed Dick Heller, the man who persevered to get his Second Amendment rights.