President Trump has about 14 months to go in his first term, and there are many immigration promises he has not kept.

But in one area, the President is really accomplishing something. And he's done that by thinking outside the box and using his considerable foreign policy power to make immigration-related deals with Mexico and three Central American countries: Guatemala, El Salvador, and Honduras.

These deals aren't substitutes for getting our own border in order, but they allow us to at least reduce the quantity of foreigners crossing our southern border.

And these deals don't have to be approved by Congress. All Trump has to do is make the deal with a country. After that, of course, make sure the other country is keeping its side of the bargain.

It should also be pointed out at least two of these deals (the ones with Guatemala and El Salvador) involved immigration concessions to the other country.

And to El Salvador, the promise was to "work on a way for about 200,000 Salvadorans who have lived in the US for about two decades with temporary legal immigration status to remain in the country permanently."

But Nicole Narea over at the Vox website (and I presume the editorial staff as well) doesn't like the deals because they threaten to end the use of our asylum program to allow masses of Central Americans to enter and stay in the United States.

It's a long and detailed article, and it begins thusly:

The Trump administration began to deport migrants seeking protection at the southern border back to Guatemala on Wednesday [November 20], the first migrants to be sent back under a series of agreements brokered earlier this year that make it all but impossible for Central Americans to seek asylum in the United States. The agreements, which the US has signed with Guatemala, El Salvador, and Honduras, require migrants on their way to the US to apply for protections in those countries first. If they fail to do so, US immigration authorities will send them back to those countries, collectively known as Central America’s Northern Triangle, where crime, violence, and lack of economic opportunity has driven hundreds of thousands to flee over the past year.

Trump's agreements in Central America are dismantling the asylum system as we know it by Nicole Narea, Vox, November 20, 2019

Nowadays, claiming refugee or asylum status are just two of many ways for economic migrants to get into the United States..

A new rule implementing the agreements was published this week. Only the agreement with Guatemala has gone into effect so far, as BuzzFeed first reported, and so far it has affected a relatively small number of single adult migrants, though the administration has not released an official count. But the agreements represent an unprecedented departure from the US’s tradition of protecting vulnerable populations, all in the service of President Donald Trump’s goal of driving down the number of migrants seeking refuge at the US southern border.

We can't absorb any more migrants. We can't even take care of our own people. It's time to close the door.

Experts warn that the agreements pose deadly consequences for migrants who are being sent back. “We’re talking about forcing people to remain in these countries where the government is unable to protect them, locking them there and throwing away the key,” said Ursela Ojeda, a migrant rights and justice policy adviser at the Women’s Refugee Commission. “It is unprecedented in the sense that the idea that we would consider these countries safe is laughable. People will suffer and people will die.”

Asylum status was designed for people with "credible fear",and for people "unable or unwilling to return to their home country because of persecution or a well-founded fear of persecution on account of race, religion, nationality, membership in a particular social group, or political opinion." [See here: Asylum]

These Central Americans don't fit in those categories. The fact that there is a lot of crime in Central America doesn't fit the asylum category. Plus, our government must protect our people against Central American criminals who are coming here.

Central American governments need to protect their own people from criminals.

A separate Trump administration rule prevents migrants from being granted asylum if they passed through any country other than their own before arriving in the US, effectively meaning asylum seekers from any country but Mexico are ineligible for asylum. (Some migrants are still eligible for other protections that would allow them to stay in the US under that rule.)

Taken together, these policies achieve Trump’s objective of reducing overall legal immigration levels by putting asylum almost out of reach for migrants arriving at the southern border. They also mean returning migrants to countries that have high levels of crime and instability that are not used to dealing with an influx of people seeking refuge. 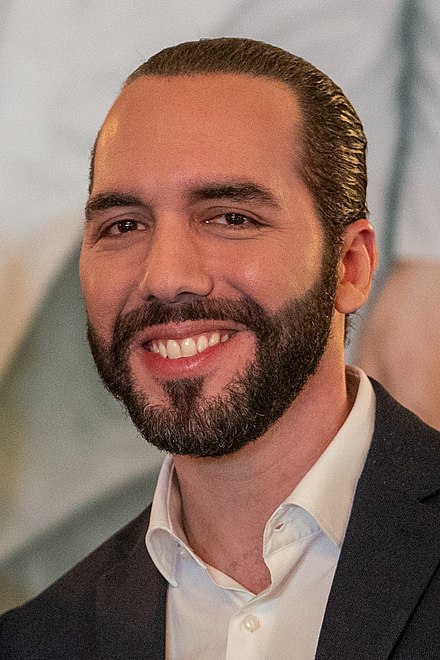 Maybe the U.S. government can help in some ways, but we need reliable partners in Central America.

For too long, Central American leaders have cynically used the United States as a dumping ground for their own poor people.

The new president of El Salvador has frankly admitted these things. Nayib Bukele took office on June 1. (In case you're wondering about his name, the new president's father was of Palestinian ancestry).

In discussing the father and daughter from El Salvador who drowned in the Rio Grande trying to cross from Mexico to the U.S., Bukele said that

"We can blame any other country but what about our blame? What country did they flee? Did they flee the United States? They fled El Salvador, they fled our country. It is our fault."

[Salvadoran president says his country is to blame for migrants drowning in Rio Grande, by Lucia I Suarez Sang, Fox News, July 1, 2019]

"We have a problem that we have to fix in El Salvador -- We have been sending migrants to the United States and elsewhere since the 80s and now we have almost a quarter of our population living abroad. When you have your own people fleeing their homes it's not because they found a job somewhere else... then you have something to fix in your country. Whose job is it to fix? El Salvador's job.