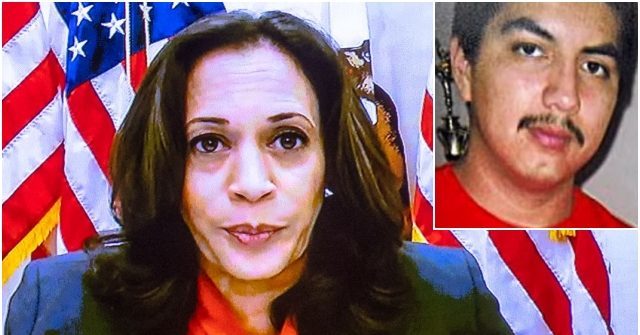 Monday’s sentencing of the convicted MS-13 gangster Edwin Ramos contained no surprises, since the prosecution under anti-death penalty zealot Kamala Harris did not allow for capital punishment.

Ramos shot and killed Tony Bologna and his two sons in a mistaken-identity gang hit on June 22, 2008. Ramos has been arrested for violent offenses previously, but was released rather than deported by San Francisco authorities because of the city’s sanctuary policy which regards dangerous illegal alien gangsters as misunderstood victims of cruel America.

Edwin Ramos was sentenced Monday to three consecutive life sentences without the possibility of parole for the 2008 slayings of a father and two of his sons in San Francisco.

Superior Court Judge Charles Haines said Ramos “brutally and senselessly murdered” Tony Bologna, 48, and his sons Michael, 20, and Matthew, 16, after mistaking one of the sons for a gang rival as the family drove along a street in the Excelsior neighborhood.

Ramos, 25, was stoic during the sentencing, but his voice cracked when he addressed the court. He did not take responsibility for the killings – he has insisted he was not the shooter, but instead the “fall guy” for a leader of an MS-13 gang faction – but said he thought about the Bolognas every day.

“If I could go back in time to change things, I would,” he said.

A jury convicted Ramos last month of the murders June 22, 2008. It also found him guilty of the attempted murder of Tony Bologna’s son Andrew Bologna, 21, who was also in the car and testified that Ramos had been the shooter.

Danielle Bologna, the victims’ widow and mother, whispered, “Yes, yes,” as the judge issued the sentence, grasping at a friend’s hand. She spoke to reporters afterward wearing the white “Finally justice is served!” shirts made for the verdict, and pins of her husband and two sons.

“It’s a beautiful day,” she said, smiling. “Today is for Tony, Michael and Matthew. Today, we got victory and today, we finally got justice.” 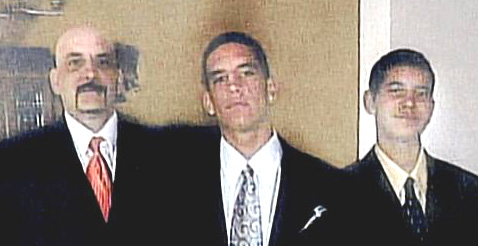 It’s good that Danielle had a beautiful day, because she doesn’t have many. Not only has she lost her beloved husband and two sons, she now lives in hiding with her two surviving children because she fears retaliation from Ramos’ gangster pals.

If anyone has suffered to an extreme degree from the government’s practice of blowing off public safety concerns regarding illegal aliens, it is certainly the Bologna family.

[. . .] After the killings, Bologna said she had to pray and work for survival everyday. She deeply feared that gang members would retaliate against her and her surviving son and daughter. So she created a new life.

“I lost everything. I lost my home, I lost great San Francisco. I had to move out,” Bologna said. “The constant moving and hiding has been hard for us.” [. . .]