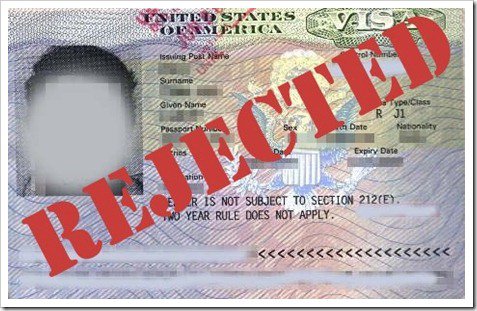 The Treason Bar is on the warpath again, with the usual target, immigration fraud investigation and enforcement by U.S. Citizenship and Immigration Services (USCIS). In an unusual turn, USCIS seems to be acting to enforce laws that protect American white-collar workers from replacement by underpaid and overworked aliens on a non-immigrant visa, the L-1B temporary skilled worker visa. The Treason Bar is outraged that USCIS has taken anti-fraud steps and has significantly increased denials of petitions for said visas.

No one is sure why this drastic change in immigration policy has taken place. The USCIS isn’t talking and few media outlets seem willing to ask pointed questions.

But experts on immigration law and commentators on the politics of immigration are speaking up, offering educated guesses about the hidden agendas and palace intrigue that might be pushing the USCIS toward a more reactionary stance.

Suspicions of fraud and abuse: Critics of the L-1 system see it as a disguised form of outsourcing. They claim companies seeking permission to transfer supposedly “essential” labor from abroad are really just importing cheaper workers to replace—or reduce their need for—more highly-paid American workers. These critics believe the “specialized knowledge” stipulation of the L-1B visa has been especially abused and that little evidence exists to suggest employees trained overseas are the only ones capable of filling new posts in the United States.

Some theorize this drumbeat of fraud accusations—and the political pressures it is helping to create—may be influencing the behavior of USCIS, leading it to crack down on perceived abuses.

The very public use of H-1B visa holders to replace American workers at Disney and Southern California Edison is of no import to the Treason Bar. They only have paranoid delusions of suspicion of Muslims and "the security state" as interfering with driving down wages and American worker replacement.

The idea might seem farfetched. But in its final conclusions—and in contradiction to the evidence they themselves collected—the previously referenced DHS OIG report claimed the L-1A visa system was vulnerable to fraud and misrepresentation. This assertion may indicate the presence of a paranoid mindset inside government—particularly among those responsible for monitoring national security—that is hurting the chances of temporary work-related visa applicants.

In his 2012 testimony before two House committees, USCIS director Alejandro Mayorkas told legislators his organization had launched 16 separate initiatives designed to root out fraud and deception in the immigration process, and he confirmed that national security concerns were one rationale for the USCIS’s growing interest in uncovering impropriety. And beyond these 16, who’s to say how many other top secret directives the USCIS may be following, at the behest of the DHS or other actors from within the American security state?

Interesting how the Treason Bar shysters confute concerns about terrorism with other concerns about fraud and misrepresentation in the visa system. But this is the paranoid style of the radical left. A style that is the go-to rationalization for fraud and American worker replacement that is the L-1B and H-1B visa programs. And woe unto those who dare interfere with the system, which appears to be the real objection of the Treason Bar:

The replacement of a “helping” culture with a “policing” culture: Businesses that sponsor L-1 visa applicants see great promise and possibility in their existing or proposed U.S. investments, and they wisely seek the temporary assistance of employees, managers and executives whom they know they can trust to get the job done. The whole U.S. economy benefits from their collective efforts, and one would expect the USCIS to take a constructive, service-oriented approach to the L-1 visa approval process in order to ensure the fires of economic growth are kept stoked.

Looking out for obvious signs of fraud and misrepresentation is necessary, to be sure. But the USCIS seems to have lost sight of its original mission, at least with respect to the L-1 system. Rather than facilitating a process that adds skill, diversity and entrepreneurial energy to the U.S. economy, USCIS adjudicators now seem to operate as if they were some sort of auxiliary police force, charged with exposing chicanery and skullduggery on the part of cynical manipulators looking to beat the system.

Without any evidence, the Treason Bar claims that USCIS has no enforcement and anti-fraud mission, but only that of helping replace the American white-collar worker.

The claim that USCIS has no enforcement mission is not new. The Treason Bar has long claimed that USCIS should approve every application unless the fraud is obvious or blatant. Of course, there is no such language in the enabling legislation for USCIS, the Homeland Security Act of 2002, restricting the authority of USCIS to investigate and prevent fraud.

Nor was there ever any artificial separation of fraud investigations and benefit adjudication in the legacy Immigration and Naturalization. Despite the claims of the Treason Bar, adjudication of benefits includes both denying and approving benefits. There is no legal mandate that any application be approved, nor any mandate to ignore fraud and misrepresentation. In fact, employers are using the L-1B program more frequently, given stricter review requirements of H-1B visa applications. And that is what the Treason Bar wants to avoid, any review of their replacement of American workers.

But one should cheer that USCIS is actually doing its job.