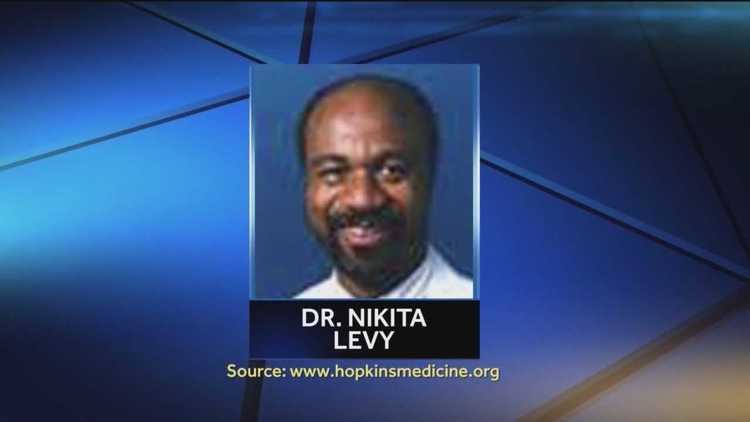 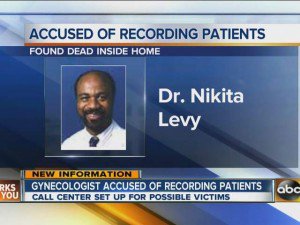 In a post titled Pervert Gynecologist Nikita Levy Turns Out To Have Been A Black Jamaican Immigrant, I wrote that "A gynecologist named Nikita Levy (now deceased) who secretly photographed his female patients cost the hospital which employed him almost 200 million dollars." Levy is pictured right.

Johns Hopkins Hospital has agreed to pay $190 million to settle claims from thousands of women who may have been surreptitiously recorded during pelvic exams by gynecologist Dr. Nikita A. Levy.

The amount of the settlement is one of the largest on record involving sexual misconduct by a physician. Levy, a doctor in the Johns Hopkins Community Medicine system for 25 years, took his life in February 2013 during an investigation that revealed he was using tiny cameras concealed in pens and key fobs to record patients.

Investigators found more than 1,300 videos and images during searches of Levy's home and office. Plaintiffs' attorneys estimate more than 8,000 patients could have a claim.

Because the women could not be identified from the images, all former patients could be considered victims. Anyone treated by Levy has been affected by a feeling of "betrayal" and an invasion of doctor-patient confidentiality, said Jonathan Schochor, the lead attorney for the patients.

"Many of our clients still feel a betrayal and lack of trust and have fallen out of the medical system," Schochor said. "They stopped seeing their doctors, they stopped taking their children to doctors. They refused to see male OB-GYNs, or any OB-GYN. "Their lives, needless to say, have been severely and negatively impacted," he said. [More]