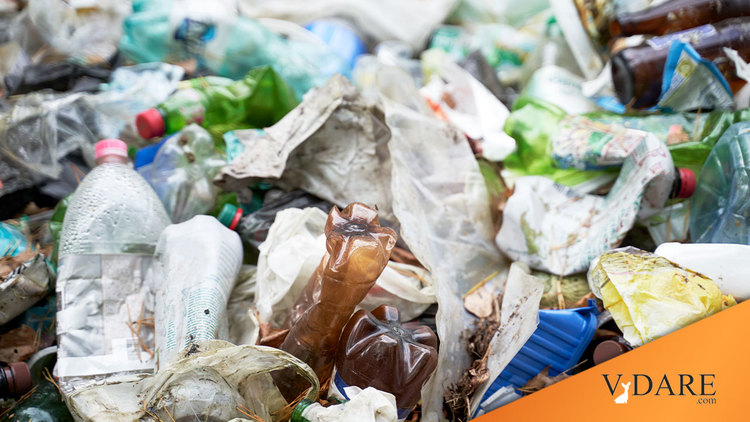 When Emma Lazarus talked about the "wretched refuse of your teeming shore," this is not what she had in mind:

An estimated 10,000 pounds of water bottles, food containers and other waste were cleaned up and moved to the Rio Rico landfill, said Steve Owens, director of ADEQ.

The trashing of the desert by border-crossers is a huge problem, said Owens.

"We have been working with officials at the federal and local levels, as well as community groups, to develop a strategy for addressing this enormous issue and organizing cleanups of waste that has been left in the desert," Owens said in a news release.

ADEQ is participating in the cleanups as part of its Undocumented Migrant Waste Project, through the department's Office of Border Environmental Protection. The specialized office, based in Tucson, also works on border environmental issues related to air and water quality, among other issues.[More]

This has been going on for a while. See here for the problems this is causing the Papago Indian Nation on the border, and see Allan Wall's Diversity Is Strength. It's Also...Litter,  or Peter Brimelow's Latinos Litter. Who Dares Say That? for the cultural aspect. While the volunteers's activity in cleaning up the the litter is admirable, they might do better in the long run to join the Minutemen, which aims to stop the problem at its source.